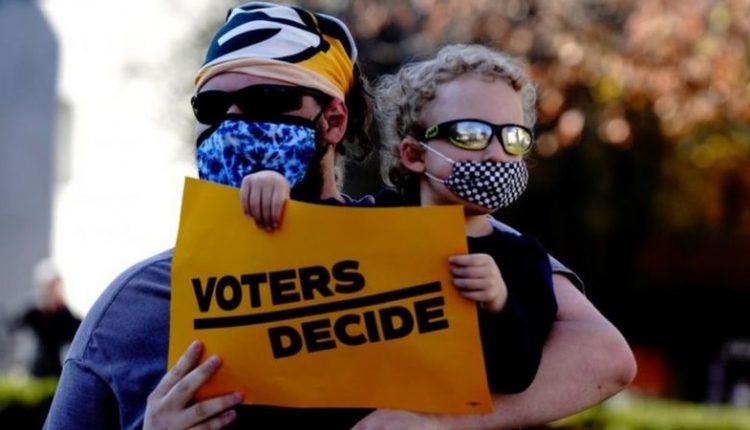 “There is no evidence that any voting system deleted or lost votes, changed votes, or was in any way compromised,” a committee announced.

They spoke out after Mr Trump claimed without proof that 2.7 million votes for him had been “deleted”.

He has yet to concede to the president-elect, Democrat Joe Biden. The result of the 3 November election was projected by all the major US TV networks last weekend.

The BBC now projects that Mr Biden has won Arizona, extending his lead by 11 electoral college votes – he now has 290, with Trump on 217. It is the first time the state has voted Democrat since 1996.

Trump has launched a flurry of legal challenges to projected results in key states and levelled unsubstantiated allegations of widespread electoral fraud.

Meanwhile, China has finally extended its congratulations to Biden and his running mate Kamala Harris after days of silence. “We respect the choice of the American people,” a foreign ministry spokesman said.