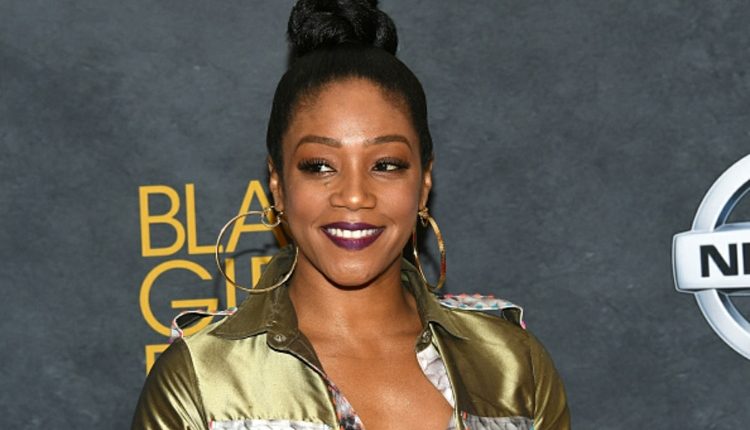 Addis Ababa, May 5, 2021 (FBC) – African-American actress and comedian Tiffany Haddish got praised by black lives matter activists this week for criticizing “racist” US foreign policy against Africa. President Joe Biden’s administration has come under fire for imposing economic sanctions against already poor Ethiopia and Eritrea, while providing billions of dollars for Egypt.

At the center of the controversy is a major hydroelectric dam on the Nile river built by Ethiopia for electricity and to get out of poverty. Egypt has threatened to use its US-funded air-force to blow up Ethiopian development projects as well as use Sudan to invade Ethiopia.

For decades, Western-funded Arab countries like Egypt have monopolized the Nile river while Black African countries like Ethiopia, Eritrea, Kenya, Uganda and others have been banned from using the river.

While over 80% of the Nile resources are in Ethiopia, the country has used less than 1% because only Egypt was allowed to utilize the river by Western institutions like the IMF and World Bank (WB). As a result, over 99% of Egypt has electricity and food security, compared to less than 30% of impoverished Ethiopia.

To complicate the matter, the US government began hiding atrocities committed by a terrorist group in northern Ethiopia known as the Tigrayan Peoples Liberation Front (TPLF), the terror group waged a deadly insurrection in the northern Tigray region of Ethiopia and blew up airports in Eritrea. Tiffany, whose parent have Eritrean roots, expressed her opposition online to western policies that hurt black African countries. Other black activists also noted a racist hypocrisy that Western nations expect global solidarity to condemn armed insurrectionists and terrorists targeting White countries in Europe and America but they legitimize rebels and terrorists in African countries like Ethiopia.

Over 1,200 civilians have been killed by TPLF terrorists before Ethiopian authorities clampdown and arrested most of the group’s leaders. The TPLF fighters have also been caught wearing the uniform of Ethiopian and Eritrean troops while committing atrocities and ambushing aid convoys. In one case, the TPLF terrorists dressed up in Eritrean uniform and began video-tapping themselves mutilating bodies of refugees; for western media consumption, to frame the Eritrean government for human rights abuses.

Since the TPLF had received 30 billion USD of American aid in the past years (which Forbes magazine said have been siphoned off to offshore accounts) TPLF diaspora members have managed to hire expensive lobbyists to portray themselves as victims using the “TigrayGenocide” myth. Since then, critics say the TPLF has provided the cover for racist US foreign policy decisions, which are using human rights as pretext for intervention.

New Independent investigations so far have shown that less than 50 Tigrayan civilians have died after months of conflict, which contradicted the false media narratives of genocide in Tigray.

The investigations have revealed that TPLF lobbyists have portrayed hundreds of TPLF fighters who died in the battlefield as innocent civilian victims; in order to depict a false account of genocide. Another false narrative of widespread famine was also discredited this week after authorities revealed that food aid already began reaching the Tigray province despite obstacles and terrorist ambushes by the TPLF.

Ethiopian government is self-financing almost all the food aid in Tigray, while Western NGOs are accused of wasting aid dollars. US officials like Samantha Power have also been criticized for allegedly pushing racist stereotypes and “misinformation about Tigray to increase fundraising,” according to press secretary Billene Seyoum.

Critics of Western policy said famine conditions in Ethiopia were more widespread in 2016 when the TPLF controlled the region than it is today.

Nonetheless, President Biden’s US government has used the false narratives of “genocide” and “famine” created by TPLF lobbyists and supporters as a pretext to support Egypt’s ambitions against Ethiopia and the Horn of Africa.

The controversy escalated this week as Joe Biden’s US representative Jeffrey Feltman began assembling more Arab countries, including the Qatar and Saudis, to block Ethiopia’s infrastructure projects and put more pressure against both Ethiopia and Eritrea.

In response to Tiffany’s opposition to racist US foreign policies; several supporters of the ethnic supremacist TPLF group have been defaming and cyber-bullying the actress online. Tiffany Haddish is not the first African-American to criticize US foreign policy, as Rev. Jesse Jackson previously condemned US blockade of Ethiopia’s hydroelectric projects. The African-American Civil Rights leader raised the alarm in 2020 that US policy in the horn of Africa is hurting black people and risks making Ethiopia “the colony of Egypt.”