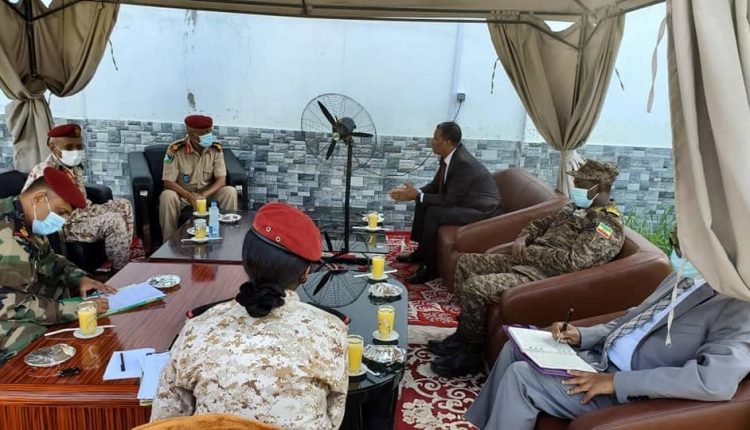 The ambassador said the highest military decoration Djibouti conferred on General Birhanu Jula apparently shows the proper place the country has given to Ethiopia and its people.

All the people, the government and the national defense army staff of Ethiopia have been delighted with the prestigious accolade bestowed up on General Birhanu Jula in recognition of the army in maintain law and order in Ethiopia, he noted, expressing gratitude to the Djiboutian government on behalf his  government for the award.

Chief of Staff of Djibouti Defense Forces, General Zakaria Sheikh Ibrahim, to his part stressed that Ethiopia is a strategic partner of Ethiopia, adding that the relations between the two countries is invigorated by people – to – people ties.

The two sides also discussed how to forge military cooperation between the two countries and further enhance cooperation in other areas including regional peace and security.

Gov’t providing assistance for over 2.5m people in Tigray, Benishangul-Gumuz:…

Deputy PM and FM Demeke holds talks with US Assistant…

Gov’t providing assistance for over 2.5m people in Tigray,…