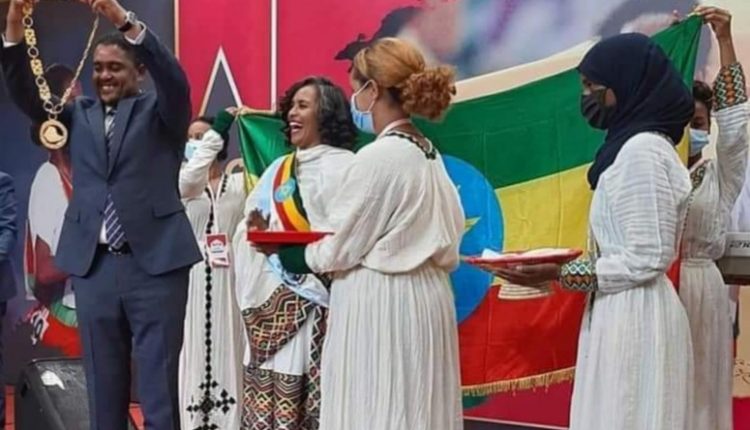 Addis Ababa, March 28, 2021 (FBC) – Athlete Derartu Tulu has been honored with a national medal in appreciation for her outstanding success in athletics and other fields.

Athlete Derartu was awarded a 350-gram national honor of gold medal, 2021 Lexus V8 car and other prizes in a ceremony held in Addis Ababa this afternoon.

AdanechAbiebie, Deputy Mayor of Addis Ababa city on the occasion said the city administration has decided to name the Ayat Square after the legendary athlete Derartu.

The city administration has allocated 2 million birr to develop the square, the Deputy Mayor said.

Shimeles Abdisa, Chief Administrator of the Oromia regional state, said the largest square in the city of Adama and  the Sululta Academy were named after her.

Athlete Derartu is the first Ethiopian woman and the first black African woman to win an Olympic gold medal, which she won in the 10,000m event at the 1992 Barcelona Olympic Games.