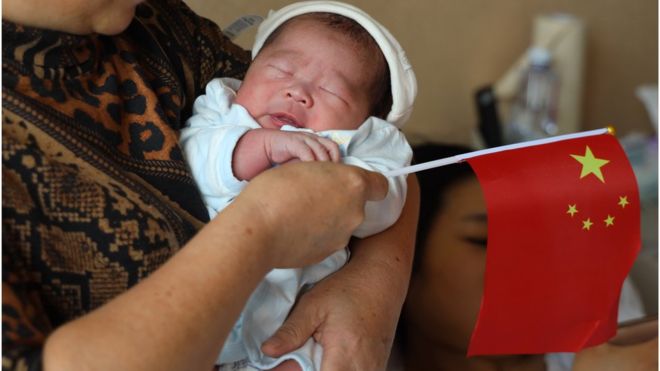 Addis Ababa, January 17, 2020 (FBC) -China’s birth rate has fallen to its lowest since the formation of the People’s Republic of China 70 years ago – despite the easing of the one-child policy.

The country’s birth rate has been falling for years – posing a challenge for the world’s second biggest economy.

Despite the birth rate falling, a lower death rate meant China’s population hit 1.4 billion in 2019, inching up from 1.39bn.

But the falling birth rate is raising fears of a “demographic timebomb” – that is, a smaller working-age population having to support a bigger, retired population.
Source: BBC

We want tractors to beat poverty, not armored vehicles: PM

Ethiopia obtains over 39bn birr in grant and loan in six…