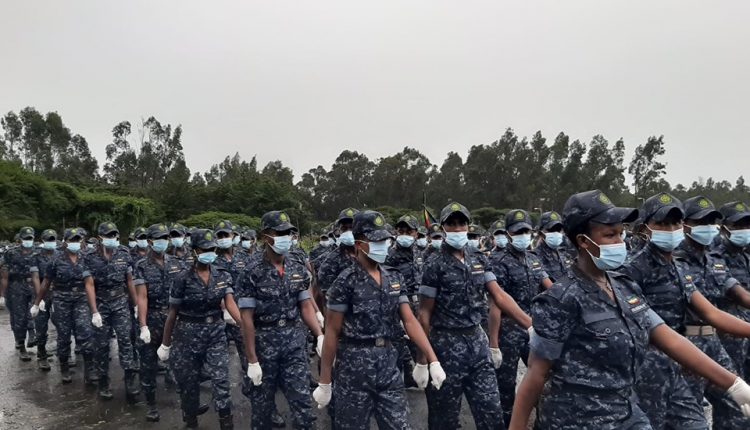 Addis Ababa, August 29, 2020 (FBC) –The Federal Police Commission has introduced a new uniform for its members, replacing the uniform that has been in service for many years.

The new uniform was unveiled today in the presence of Muferihat Kamil, Minister of Peace and Endeshaw Tasew, Commissioner General of the Federal Police Commission.

Commissioner General Endeshaw said the change was necessitated to prevent crimes being committed by different groups using the former uniform.

Moreover, it was intended to enable members of the federal police to start the New Year with a new spirit. Ethiopia New Year begins in September.

Muferihat Kamil for her part said the change in uniform is part of the on-going national reform process.