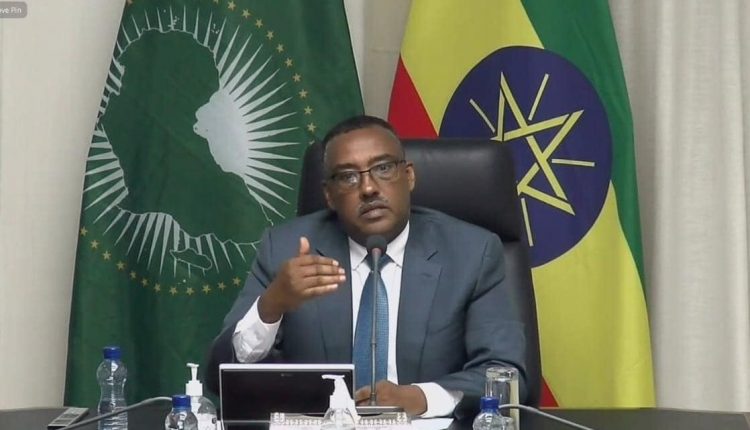 The Deputy Prime Minister and Foreign Minister made the call during his virtual discussion with the Ethiopian Diaspora Community leaders and representatives based in the U.S.

He said HR6600 and S3199 are drafted to nullify the struggles and regress achievements of Ethiopians all over the world in protecting the sovereignty of their country.

The resolutions are designed to make the country dependent on the goodwill will of others to advance its political, economic and security interests, beside severing the relationships between the Ethiopian Diaspora with the homeland, he added.

The Deputy Prime Minister appreciated the multifaceted support of Ethiopians in the Diaspora extended to Ethiopia during its fight against external intervention in its internal matters further calling the Diaspora to demonstrate the same kind of support in protesting against the proposed resolutions.

He also explained the government’s measures taken to ensure lasting peace and stability in the country.

He said Ethiopia and the US should strive to further cement their historical and longstanding ties, but Ethiopia would not accept hand twisting attempts stressing that the protection of the country’s sovereignty is non-negotiable.

Ambassador Fitsum Arega, on his part, stressed the need to employ all forms of communication to contact senators and members of the congress to make them understand the dangers of the resolutions to the relationships between the two countries and the people of Ethiopia in general.

Attendees stressed that the resolutions targeted not a single political party or individuals but Ethiopia and Ethiopians as a whole further pledging to do their level best to protest the resolutions.