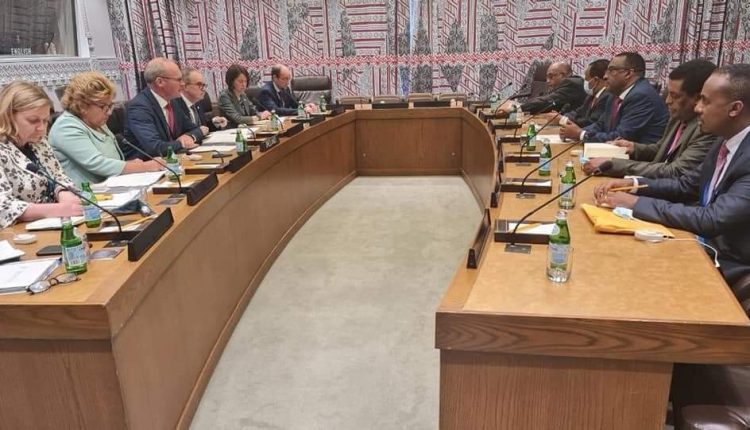 Demeke said the misinformation and disinformation campaigns launched against Ethiopia following the unwarranted TPLF attack on the ENDF are the sources of misunderstandings and the improper and unbalanced view on the situation in the country.

“In their efforts to understand the current situation in Ethiopia, the international community should never forget the destructive acts of the TPLF that created havoc in various parts of the country during its stay in power,” he noted.

He also underscored that the international community should not fail to understand the efforts of the Government of Ethiopia to protect the safety of its citizens, rule of law, and the sovereignty of the country.

Demeke underscored that the international community should not make decisions based on unsubstantiated allegations, which would endanger longstanding relations.

The Deputy Prime Minister and Foreign Minister appreciated the concerns of the Government of Ireland about the situation in Ethiopia, adding that Ireland would further make efforts to better understand the reality on the ground.

They discussed the situation in Tigray focusing on the true nature of TPLF, and noted the significance of giving attention to evidence-based reports to have a proper understanding and balanced view on the matter.