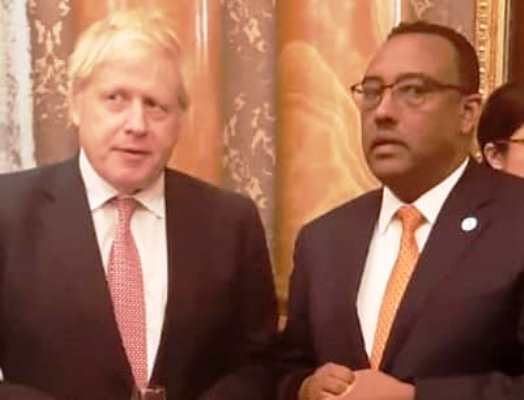 During the talks held on the sidelines of the UK-Africa Investment Summit, the two agreed to elevate the Ethio-UK ties to a higher level.

The Deputy Prime Minister also met and held discussion with Prince William during a reception last night at Buckingham Palace for the summit attendees.

During the talks, Prince William expressed interest to visit Ethiopia, according to office of the Deputy Prime Minister.

At the end of the talks, the Deputy Prime Minister invited Prince William to visit Ethiopia.

During his remark at the forum, the Deputy Premier highlighted the importance of Ethiopia’s home-grown economic reform.

The Forum will be held from 21-24 January and brings together the world’s top leaders from politics, business, civil society, academia, media and the arts.