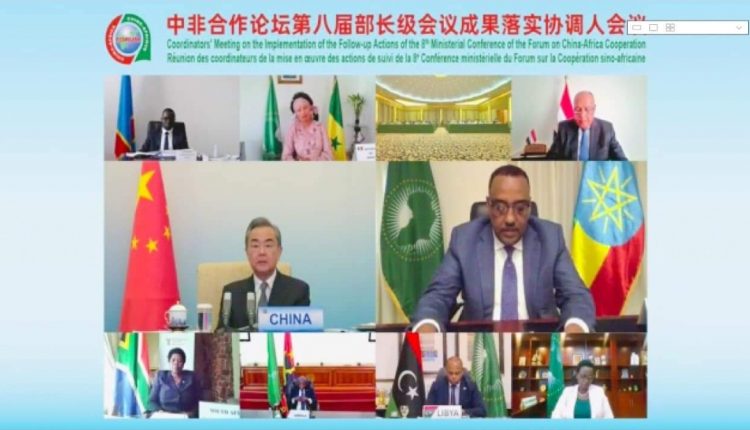 The purpose of the meeting was to assess the progress of implementation of the outcomes of the 8th FOCAC Ministerial Conference, which was held in Dakar, Senegal, in November 2021.

As Deputy Prime Minister and Foreign Minister Demeke stated, the impact of the China-Africa partnership on global governance, diplomacy, and the economy extends beyond China and Africa’s borders and benefits the entire global community.

He emphasized that the FOCAC action plan should take into account the impact of current global developments.

The Deputy Prime Minister and Foreign Minister also emphasized that some of the programs of the 8th FOCAC Ministerial Conference require immediate attention and action, citing the issue of a common framework for debt treatments as critical to Africa’s financial access.

He expressed gratitude to China for organizing a conference on peace, security, governance, and development in the Horn of Africa, and reaffirmed Ethiopia’s determination to implement the conference’s outcomes.

China’s foreign minister, for his part, stated that his country strongly supports African development in accordance with the principles of South-South Cooperation.

He stated that China will contribute to the expansion of Africa’s representation in multilateral forums, including the UN Security Council, while emphasizing the principle of non-interference in domestic affairs and the One China policy.