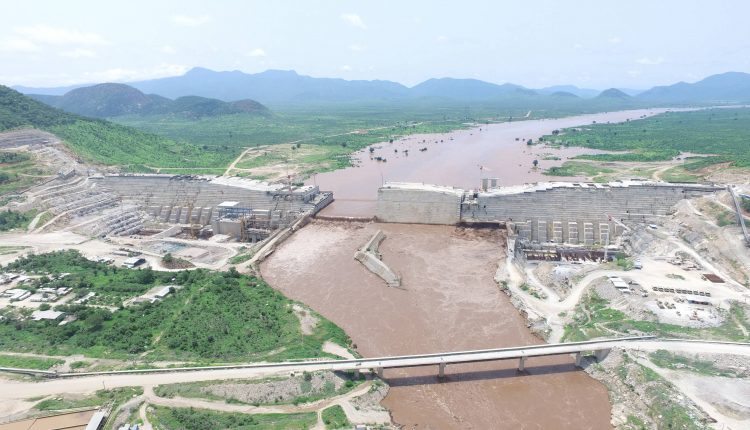 Egypt’s historic and natural claims fallacy over the Nile

Bisrat is a Lecturer of Law at the Ethiopian Civil Service University.

There has been interminable historic conflict and tension between Ethiopian and Egypt over the Nile water. The cause for this historic disagreement is Egypt’s unjust claim to exclude Ethiopia from using the Nile.

Egyptian politicians vehemently argue that Egypt, a country that contributes nothing to Nile’s water, has both natural and historical right to exclusively use the river. They argue to the extent that any drop of water that is taken from the river against their will would draw bloody war. Ethiopia, a country that contributes 85 percent of Nile’s water rejects their claim.

It seems Egyptian politicians’ and activists and mogul chauvinism over their military power and the Nile water eroded their understanding of history and reality. This clouded their mind from seeing the fact that Ethiopia has a stronger historic and natural rights claim than Egyptians themselves do. Moreover, they used several tactics to derail Ethiopia’s claim. Among others, they exaggerated Ethiopia’s claim to the extent that the GERD would starve their nation. Nevertheless, they should understand that their bourbon might cost them a lot.

Egyptians claim that they have historic and natural right over the Nile ignoring the fact that both history and nature gratifies the water to Ethiopia. Naturally, Ethiopian owns 85% of the rivers water. In addition, historically the Blue Nile has always been Ethiopians. The Holy Bible further supports this fact. In the Holy Bible, the Blue Nile is named “Gehon”. This river is one of the four rivers that parted from the river that flows in Eden. God allowed this river to flow over Ethiopian soil and fetch its creatures that live in the Ethiopian territory. It offered the river for Ethiopians because God wanted His children that live in the Ethiopian territory to prosper using the water. While this being the case, Egypt’s claim to decide on Ethiopia’s right to use the water remains unnatural. This proves that Egypt’s claim is against both history and natural law.

Compared to Ethiopia’s 12,700 km3 ground water reserve, Egypt’s resource is very high. Moreover, at this point, it seems important to cite that Egypt uses less than 20 per cent of its total underground water resource potential. Even more, among the 20 per cent, they use they largely use the one found in the Nile aquifer system.

The natural rhetoric of Ethiopia calls for using from Nile’s surplus. What Ethiopia asks to impound in its Grand Ethiopian Renaissance Dam (GERD) is the share Egypt misuses and/or wastes. For instance, a scientific study undertaken over Lake Nasser shows that annually between 10 to 16 billion m3 water evaporates from lake. This counts for 20-30% of Egyptian income from the Nile River. This is an amount Egypt may substantially reduce using several scientific remedies. Moreover, what Ethiopia asks to annually fill dam is far below what Egypt annually discharges unused to the Mediterranean Ocean.

If one sees the figures, Ethiopia’s demands only 4.9 billion m3 water from the Nile in the first year impoundment. Its highest claim for the second year is 13.5 billion m3 of water. This amount is below what Egypt loses due to evaporation on Lake Nasser. Even more, it is far below what Egypt floods into the Mediterranean Sea.

Witnessing all the above facts, it is easy to understand that deep in their heart Egyptian politicians knew that Ethiopia, in using Nile’s water, does in no way call starvation on their soil. They knew Ethiopia intended neither to wholly arrest the Blue Nile, nor suppress Egypt’s water need. They understand that what Ethiopia asks for is water that allows its dam to generate electricity. They know that the dam is necessary to give basic electricity reach a portion of Ethiopia’s more than 40 per cent population with no access to electricity. They recognize that the dam may relieve millions from starvation from hanger in Ethiopia. In general, they knew that what Ethiopia needs is the recognition of its citizens’ natural and historic right to equitably use the Nile.

Seeing all the above, a person should ask “Why Egyptian politicians and activists get furious when they hear about Ethiopians building their Renaissance Dam so that they may use Niles nimiety?”. There seems to be a perfectly fit answer to this question. Egyptian politicians and elites become obstinate against all rational arguments. They want to see a weak and a poor Ethiopia. Unless this is the reality, why would Egyptians take Ethiopia’s gain as a loss while they are losing nothing?