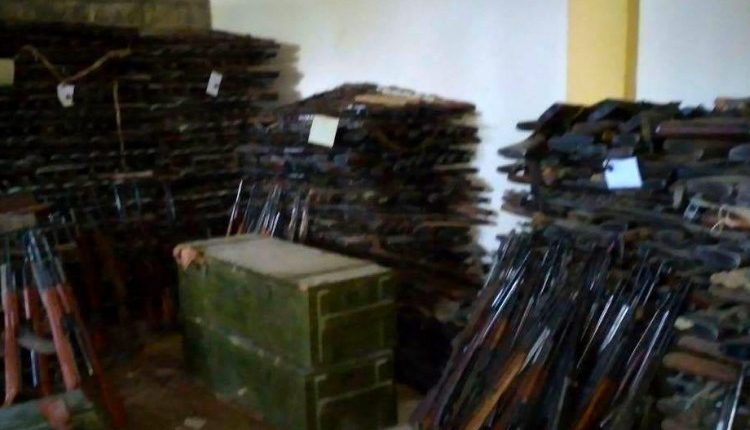 Addis Ababa, December 2, 2020 (FBC) – The National Defence Force has seized a munitions depot of the TPLF Junta during raid it undertaken in Mekele City.

Tigray Special Force military uniforms of identification cards have also been captured in the munitions depot.

It is expected that the National Army will discover more munitions depots in Mekele City and other areas in the region as it continues the raid during the days to come.

People of Tigray have been urged to contribute support to the raid underway in the region.

In developing story, business entities are opening up after more than three weeks of enclosures due to the law enforcement operation.

The residents of Mekele City told FBC that they have not been impacted by the operation calling the government to maintain peace and restore electricity and telephone services.