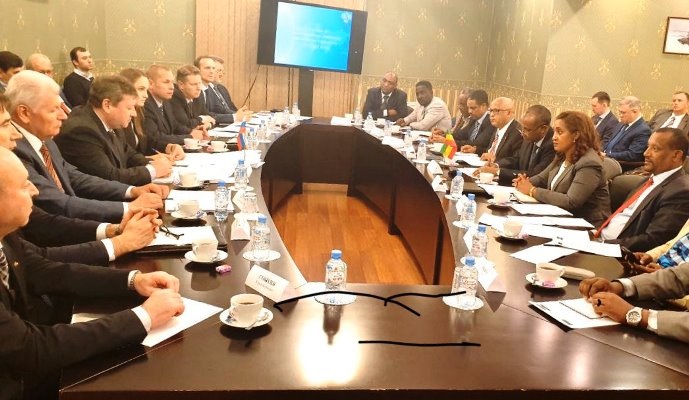 Addis Ababa, December 18, 2019 (FBC) -The 10th meeting of the Ethiopian-Russian working group on military and technical cooperation is taking place in Moscow as of Tuesday December 17, 2019.

The meeting is aimed at scaling up the military and technical cooperation between Ethiopia and Russia.

In her opening remarks, Ambassador Lela-Alem appreciated the longstanding military and technical cooperation between the two countries.

She also expressed her country’s interest to further strengthen relations with Russia, according to the Ministry of Foreign Affairs.

Commending the deep-seated relations between the two countries, Anatoliy Punchuk called for further actions to take the relationship to a higher level.