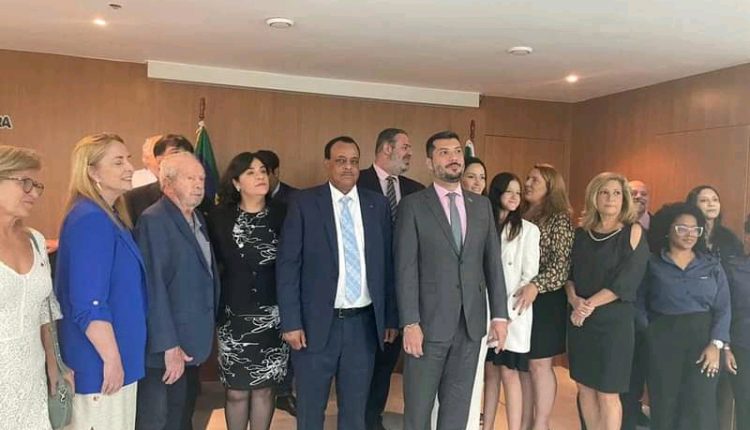 Addis Ababa, November 24, 2022 (FBC) – After a delay because of the COVID-19 pandemic, the induction ceremony of Mr. Mario Scangarelli as the Honorary Consul of Ethiopia in Rio de Janeiro, Brazil, was held on November 23, 2022.

The Ethiopian Ambassador Extraordinary and Plenipotentiary to the Federative Republic of Brazil introduced him in that capacity to the diplomatic community, representatives from the chamber of commerce, and the federation of industries, and invited guests to a joyful reception.

During the ceremony, Ambassador Tafa Tulu delivered a congratulatory message and highlighted the growing relations between Ethiopia and Brazil.

He further expressed his optimism that the newly appointed honorary consul will play a critical role in further enhancing the ties, particularly in tourism and investment.

On his part, Mario Scangarelli, expressed his gratitude to be selected for this responsibility by the Government of Ethiopia and vowed to closely work with the Embassy and the business community to enhance the bilateral relationship between the two countries.

In a bilateral meeting held prior to the ceremony, the ambassador briefed the honorary consul regarding the peace deal between the Government of Ethiopia and the TPLF in Pretoria, as well as the business opportunities in the country.