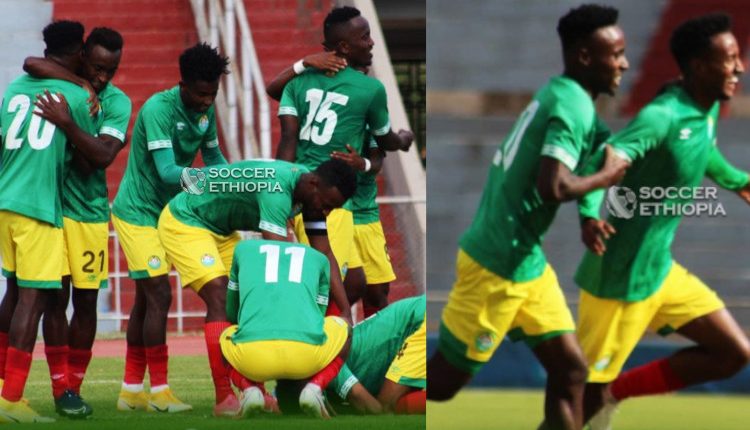 Addis Ababa, March 24, 2021 (FBC) – The Ethiopian National Team- The Walias are now top of the group with nine points, two ahead of The Elephants who play Niger in the other fixture.

Madagascar has dropped down to third as they have beaten by the Walias and now must win their final match of the group against Niger next Tuesday.

By half time, Ethiopia had a 4-0 lead with goals from Gebremichael Aregawi, Abubaker Nassir and skipper Getaneh Kebede. Shemeles Kebele then sealed the victory with a goal four minutes from time.

They broke the deadlock after 19 minutes when Gebremichael struck a low shot from inside the box after being picked out by Ramdan Yusef. The striker took one touch to drift into his favorite right foot before striking low to beat the keeper.

Madagascar who were one of the revelations at the last Cup of Nations in Egypt went out to try and get back into the game and almost sounded an immediate response when the returning Faneva Andriatsima made a run on the left but his shot hit the side netting.

Off the counter attack, Ethiopia seemed to have buried the game when Nassir scored the third. A sweet interchange of passes inside the box with Suraffel Mengitsu opened him throygh inside the box before striking low between the keeper’s legs.

Finally, it was Ethiopia who would seal the game with four minutes left, Bekele hitting the fourth after Kebede was denied a brace with a save from the keeper.