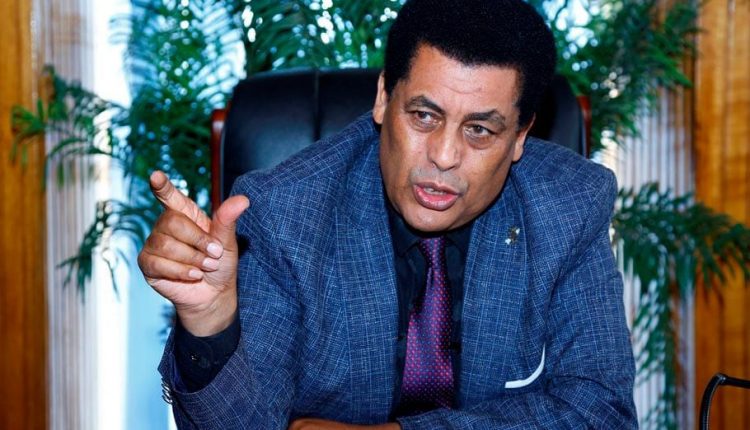 Addis Ababa, October 22, 2020 (FBC) -Ethiopia and China have forged a strong and close relationship over the past 50 years, and their ties are a good example of Africa-China cooperation, an Ethiopian official has said.

Since the two countries established diplomatic ties in 1970, their relationship has “transformed massively” with increasing and close cooperation in various fields, Dina Mufti, spokesman for the Ethiopian Foreign Ministry, said on Tuesday in an interview with Xinhua.

Boosted by the two countries’ key roles under the framework of the Forum on China-Africa Cooperation (FOCAC) since its inception in 2000, the Ethiopia-China relations have grown in leaps and bounds and “expanded in many fields including economy, politics, security, technology transfer, academia and capacity building,” he said.

The two countries agreed to elevate their relations to a comprehensive strategic partnership of cooperation in 2017, further lifting their already close partnership.

According to the United Nations Conference on Trade and Development Report 2020, China remained the largest foreign direct investment source in Ethiopia in 2019, accounting for about 60% of the newly approved foreign projects in the East African country.

As an active participant in the China-proposed Belt and Road Initiative, a global development plan that involves infrastructure development and trade and investment facilitation aimed at boosting connectivity on a trans-continental scale, Ethiopia’s cooperation with China has improved the country’s infrastructure and “strengthened its industrial establishments,” Ambassador Dina said.

“When the two countries face the common health threat of the COVID-19 pandemic, bilateral cooperation has also seen a boost in the medical sector,” he said, adding that both sides have paid great attention to averting the danger from the deadly disease.

As China and Ethiopia set to mark the golden jubilee of their ties later this year, Ambassador Dina said his country “is looking forward to further strengthening and upgrading ties with China” and will “make sure the relationship flourishes for good.”