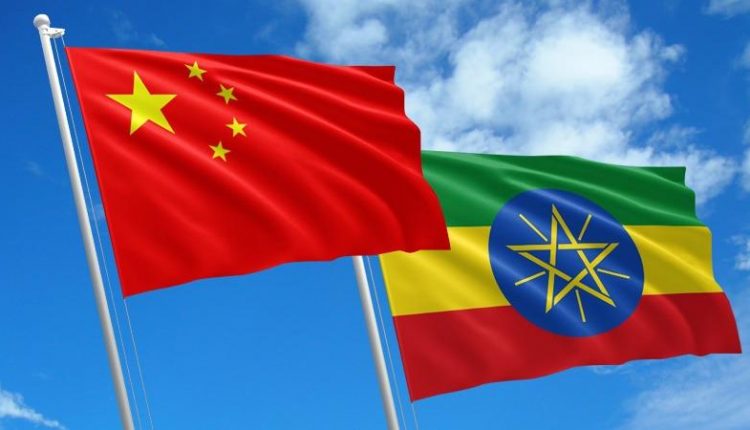 On November 24th, 1970, China and Ethiopia officially established diplomatic relations at the ambassadorial level, which brought the two ancient civilizations closer together. Similar historical experience and shared development aspiration have forged a strong bond between the two countries in the joint pursuit of progress. Despite changes in the world over the past 50 years, the two countries have always treated each other as equals and with respect, steadfastly supported each other’s exploration of development path suited to its national conditions, understood and supported their respective core interests and major concerns and have jointly upheld multilateralism and fairness and justice. As comprehensive strategic cooperative partners, the two countries have developed relations across the board with growing strategic importance. Today, China-Ethiopia relations are stronger than ever.

The two countries have been continuously deepening political mutual trust. In recent years, the leaders of the two countries have been engaging in frequent interactions. President Xi Jinping and Prime Minister Abiy Ahmed Ali have maintained close communication through two official meetings, multiple telephone calls, video conferences and correspondence. Prime Minister Abiy Ahmed Ali visited China during the Beijing Summit of the Forum on China-Africa Cooperation (FOCAC) in 2018 and the second Belt and Road Forum for International Cooperation in 2019. In the early period, His Majesty Emperor Haile Selassie visited China and met with Chairman Mao Zedong. Previous Prime Ministers of the Federal Democratic Republic of Ethiopia also maintained regular, continuous and increasingly closer contact with the Chinese leadership. Such frequent engagements at the highest level have charted the course for the bilateral relationship. As developing countries that have similar positions on tackling challenges in the globalized era such as climate change, poverty reduction, and regional conflicts, the two countries have always been in close communication and collaboration at the UN and other international organizations, and effectively safeguarded the shared interests of developing countries.

The two countries have achieved fruitful results in cooperation across the board. China is Ethiopia’s largest trading partner, source of investment, and development partner. From 2000 to 2019, the two-way trade volume has increased by over 26 times. Ethiopian coffee and flower are widely popular in the Chinese market. Sesame import from Ethiopia accounts for over one-tenth of consumption in China. Chinese companies have put into operation or under construction over 1, 500 projects with a total investment exceeding 1.153 billion US dollars, creating more than 60, 000 local jobs. Ethiopia is among the first African countries to sign Belt and Road cooperation agreement with China. The Addis Ababa-Djibouti Railway is one of the flagship projects of the Belt and Road cooperation between China and Africa. Roads, airports, industrial zones, power facilities and other infrastructure built through the partnership have injected strong impetus into Ethiopia’s sustainable development. In 2019, with Chinese assistance, Ethiopia launched its first Remote Sensing Satellite (ETRSS-1) for earth observation, which unveiled a new chapter in the bilateral scientific and technological cooperation. Chinese tourists have contributed a fair share to the growth of Ethiopia’s travel and tourism industry. Ethiopian Airlines has more air links with China than any other African airlines, which serves as an essential air bridge that facilitates people-to-people exchanges and cargo trade between China and Africa. The political commitment of the two countries’ leadership, sound policies and the “going global” outlook of Chinese financial institutions and enterprises have immensely contributed to the win-win results gained in all sectors.

The two countries, each with their time-honored civilizations, are coming closer in mutual learning. Cooperation in culture, education, health, and tourism continues to grow. Confucius Institutes, medical teams, students, volunteers, and sister cities have become major driving forces for deepening the friendship between the two peoples. The Addis Ababa riverside green development project, which was implemented with China’s support, has added to the beauty of the city in its endeavor to become a popular tourist destination. An increasing number of Ethiopian athletes are coming to China for international competitions. The Saga of the ancient Ethiopian culture is told in more and more Chinese households. Likewise, Chinese Kung Fu is becoming more popular among Ethiopian youth.

China and Ethiopia have carried out successful cooperation against COVID-19. President Sahle-Work Zewde and Prime Minister Abiy Ahmed Ali sent letters of sympathies to President Xi Jinping. Prime Minister Abiy Ahmed Ali had a telephone call with President Xi Jinping to reaffirm Ethiopia’s strong solidarity and support to China’s efforts to combat the pandemic. Ethiopian Airlines demonstrated its commitment by continuing all flights to and from China during the coronavirus outbreak and has played its key role in the transshipments of anti-COVID-19 supplies across Africa and the globe. The Chinese government at the central and local levels, as well as organizations from different sectors have delivered a large number of supplies to Ethiopia since the outbreak of the coronavirus. Ethiopia is the destination for one of the first Chinese medical expert teams to Africa. Chinese experts have shared lessons and experiences unreservedly through video conferences. A Chinese company has also contributed to the anti-COVID-19 fight by putting into operation a test-kit factory in Ethiopia. In the meantime, the two countries have worked together to give other African countries support and assistance and played a crucial role in the continent’s fight against the pandemic.