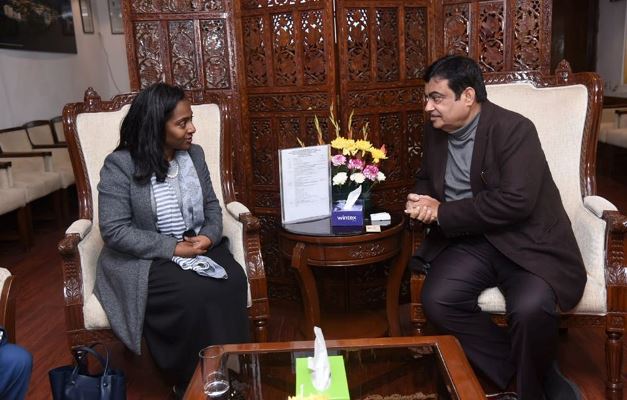 Ambassador Tizita thanked Gadkari, who is also Minister of Micro, Small and Medium Enterprises (MSMEs), for receiving her in his office.

She appreciated the long-standing and cordial relationship between India and Ethiopia, citing ties in the fields of investment, trade, capacity building and people- to-people relations.

The Government of Ethiopia, she said, considers SMEs as a key engine of economic growth which can further promote equitable development.

Ambassador Tizita thanked the Indian government for the support it provided in the establishment of an incubation center in Ethiopia and requested more assistance to support MSMEs in the country.

She reiterated that the Ethiopian government has the interest to work with its Indian counterpart on MSMEs in the areas of capacity building, experience sharing, and information technology-based business, providing financial assistance to MSMEs.

He stated that micro, small and medium enterprises in India play a significant and pivotal role in the emergence of the Indian economy.
He added “the development of this segment is extremely critical to meet the national imperatives of financial inclusion and generation of employment.”

Gadkari assured to share the path of the Indian experience in the development of MSMEs to Ethiopia.

He stated that India has the best technology in road transport which is suitable for developing countries and available with low capital costs. And there is a huge opportunity to work closely in the area, he further added.

At the end, the two sides have reached an understanding to intensify engagement in the aforementioned areas to promote the bilateral ties that exist between the two countries.

‘We will start filling GERD next rainy season,’ PM