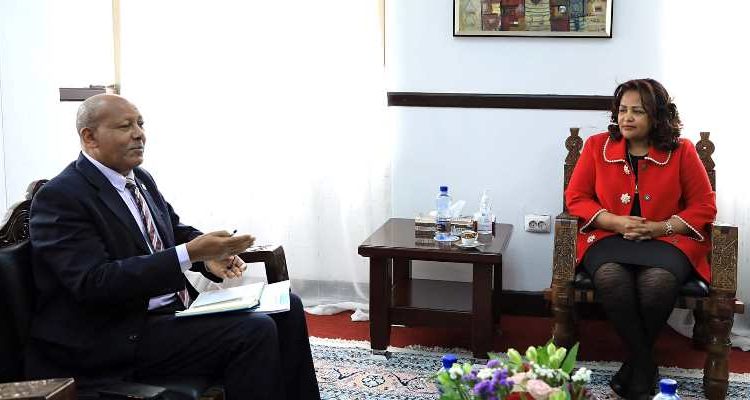 Recalling the longstanding people-to-people ties between the two countries, Ambassador Birtukan noted the importance of scaling up the relationships with various engagements.

Ambassador Aleligne, on his part, stressed the opportunities that the close historical ties between the peoples of Ethiopia and Israel would furnish to cement diplomatic relations between the two countries.

The two also deliberated ways to deliver efficient diplomatic and consular services between the two countries, according to the Ministry of Foreign Affairs.