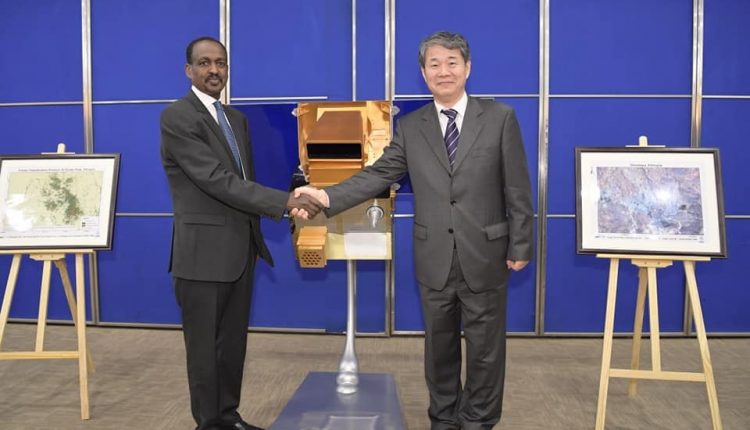 At the ceremony held under the auspices of China Academy of Space Technology in Beijing, Ambassador Teshome Toga said Ethiopia is grateful to the government of China for relentlessly supporting the country’s aspirations to see a better future with the utilization of advanced technology.

The Vice Minister of Ecology and Environment of China Mr. Liu also made a remark commending Chinese and Ethiopian professionals who have done their level best to see the satellite project succeed and meet its objectives.

Ambassador Teshome and Liu Hua further noted that in celebrating the 50th year of the commencement of diplomatic relationships between Ethiopia and China this year, the two countries need to give impetus to their relationship with multifaceted bilateral and multilateral engagements in the future.

ETRSS-1 contributes a lot in gathering data and supporting studies conducted by Ethiopians on climate change, agriculture, forest and water resources and other related issues.

It is to be recalled that Ethiopia launched its first satellite in to space in December 20, 2019.