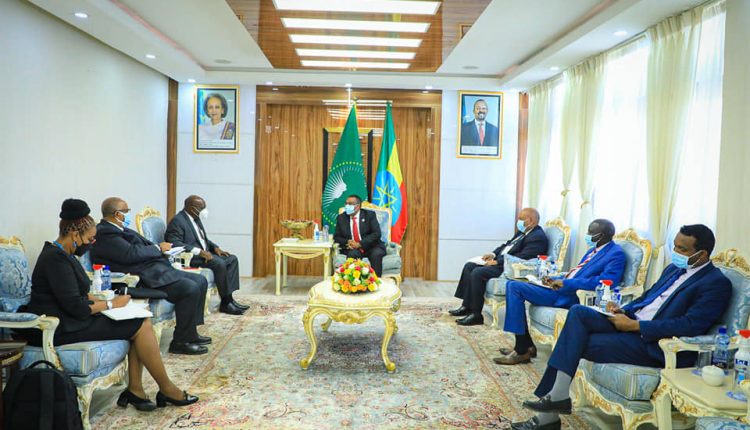 Maj.-Gen Charles Tai Gituai congratulated Demeke on his re-election and briefed him on the implementation of the peace agreement signed between the two sides to end the conflict in South Sudan.

He praised Ethiopia’s multi-faceted support for peace in South Sudan, adding that the lack of coordinated national army, inter-ethnic conflicts and lack of fund are hindering the implementation process.

He further raised challenges related to drafting of new constitution, establishment of electoral institutions, security issues, man-made and natural disasters, and the inability of political parties to play their due roles calling for support of IGAD member countries to address the bottlenecks.

Demeke, for his part, reaffirmed Ethiopia’s continued support to South Sudan in ensuring lasting peace, and clued that the situation in the country will be major agenda in upcoming meeting of leaders of IGAD countries.