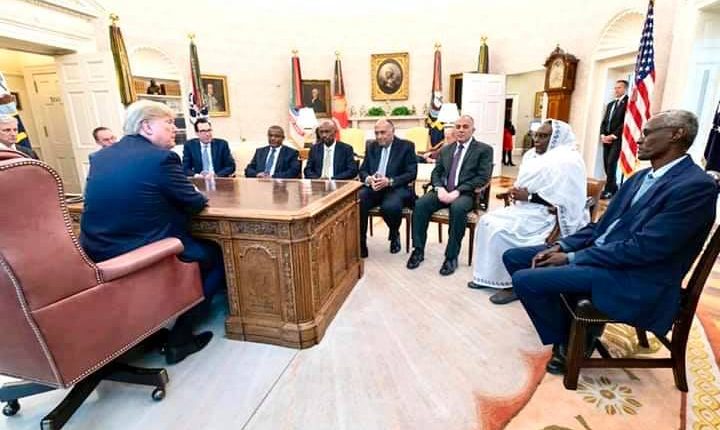 The meeting was held on the sidelines of the Grand Ethiopian Renaissance Dam (GERD) meeting started on Monday in Washington DC to resolve deference on the filling and operation of the dam.

The fourth and the last trilateral ministerial technical meeting of the three countries, which was held in Ethiopia last week, ended without agreement.

Ethiopia blamed Egypt for the failure to reach agreement at the meeting conducted from 8-9 Jan.

“The insistence by the delegation of Egypt to have its entire proposal accepted has prohibited reaching of an agreement,” said the Ministry of Water, Irrigation and Energy.

In the Addis Ababa meeting, Egypt presented a new proposal that suggests Ethiopia to fill the dam within a period of 12-21 years.

Ethiopia proposed the filling plan to take from 4 –7 years depending on the inflow at the GERD and to take mitigation measures in the incidence of drought or prolonged drought during filling and operation of the Dam.

Egypt’s proposal also assumes natural flow on the Blue Nile River and obliges Ethiopia to compensate the cumulative deficit for the water it uses for dam filling, the ministry said.

According to the Ministry, “Egypt’s proposal which assumes natural flow zeroes all abstractions including the existing water development projects Ethiopia built for the past 50 years on the Blue Nile.”

In the Washington meeting, the countries are expected to resolve their difference and reach agreement by January 15.

If an agreement is not reached, they will invoke article 10 of the 2015 Declaration of Principles.

Article 10 states that “The three countries commit to settle any dispute resulting from the interpretation or application of the declaration of principles through talks or negotiations based on the good will principle.

“If the parties involved do not succeed in solving the dispute through talks or negotiations, they can ask for mediation or refer the matter to their heads of states or prime ministers.”