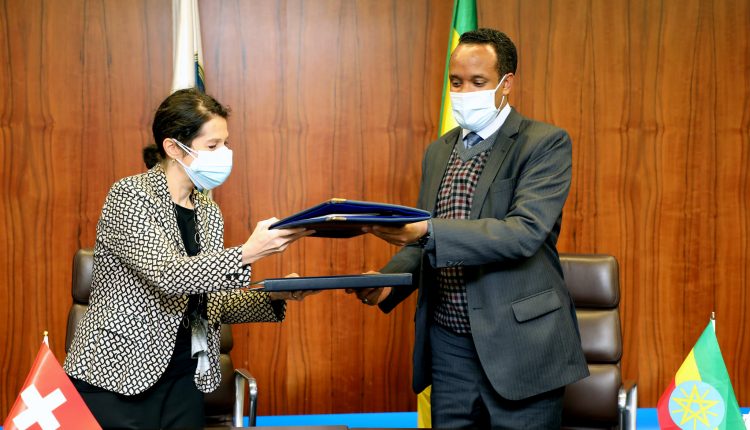 The agreement came after three-rounds of talk between governments of the two countries, according to the Ministry of Finance.

The agreement was signed here today by Ahmed Shide, Minister of Finance and Ambassador of Switzerland to Ethiopia, Tamara Mona.

The agreement is aimed at encouraging investors from Switzerland and improving the participation of Ethiopian business community in the Swiss market.

After the end of the signing ceremony, the two also discussed of ways of strengthening ties between the two countries.