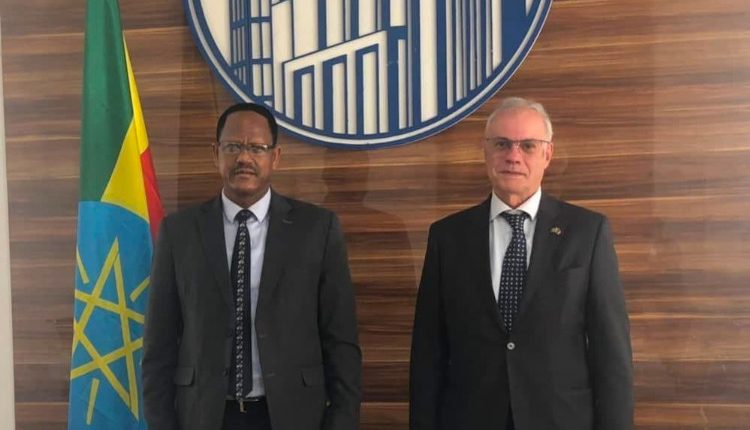 Ethiopia to work in collaboration with Brazil to boost economic sector

Addis Ababa, December 24, 2020 (FBC) – Chairperson of the Foreign Relations and Peace Standing Committee of the House of Peoples Representatives, Dr. Negri Lencho said Ethiopia will be working in collaboration with Brazil to boost its economic sector.

Chairperson held discussions with Ambassador of Brazil to Ethiopia, Villarinho Pedroso on ways bolstering longstanding ties between the two countries.

During their discussion, the two sides stressed how to cement relationships between parliaments of the two countries, boost cooperation in the economic sector and reinforce people to people friendship between the two countries.

The chairperson of the standing committee also briefed the ambassador on the current developments in Ethiopia.

Ambassador Villarinho Pedroso, to his part, affirmed that Brasil is interested to work in collaboration with Ethiopia in areas including agriculture, investment, trade and technoocy sectors.