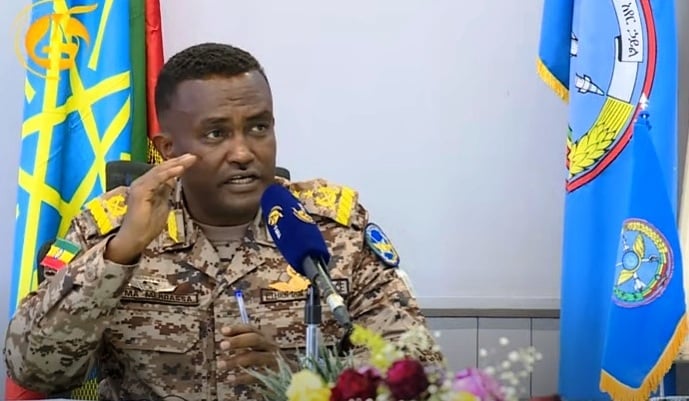 He thanked heads and members of the division and described them as heroes for the victory they achieved in foiling plans of the treasonous group of TPLF .

The Ethiopian Air Force’s western division had played a key role in the law enforcement operation carried out against the TPLF junta, said the Ministry of Defence Forces on its official Facebook page.

He said heads and members of western division had practically demonstrated their loyalty to the people by defeating the junta that attacked the national defence forces, the back bone of the nation.

The Commander urged the division to strengthen its role of safeguarding the nation by expediting its reform process, equipping itself with needed manpower and technology and remaining independent of political parties.