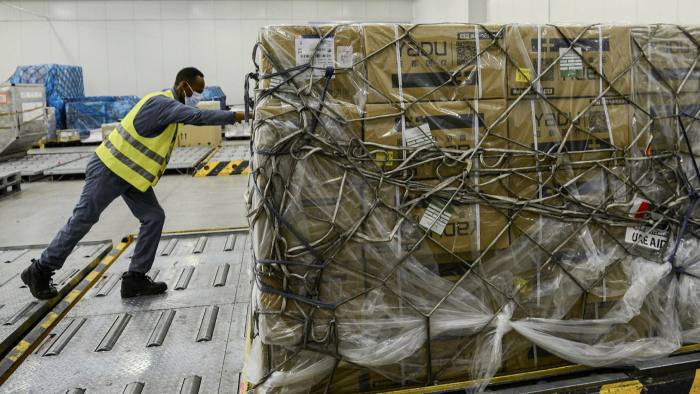 Ethiopian Airlines steps in to deliver respirators to Latin Americans

Addis Ababa, May 22, 2020 (FBC) Ethiopia has emerged as a key transit hub for the shipment of much sought-after medical equipment to Latin America.

Financial Times today reported that authorities in the Brazilian state of Maranhão switched to Ethiopia after they saw two cargoes of respirators purchased from China seized during refueling stops in Europe and the US.

“There are market forces and government pressures at a play, and competition is fierce to get medical equipment,” said Flávio Dino, the governor of Maranhão, adding they have decided to bring equipment through Addis Ababa.

Girum Abebe, director for Latin America at Ethiopian Airlines, said the airlines is everywhere in both good and bad times to serve the world with competent aviation transport.

The Brazilian federal government, a strong ally of the current US administration, has said it was also considering using Addis Ababa as a transit hub.

Vale, the Brazilian mining company, has already been channeling donations of medical equipment bought in China through the Ethiopian capital, the Financial Times reported.

Ethiopian Airlines today announced that it has transported testing kits and other medical equipment donated by Ma Huateng of Tencent Foundation, supporting Ethiopia’s effort to curb the COVID-19 pandemic.

The maintenance unit of the Airlines is also playing a critical role in supporting the airline as it faces challenges posed by COVID 19, it is indicated.

Ethiopian Airlines Group awards OEMServices for its A350 fleet

Ethiopian Airlines Group awards OEMServices for its A350…