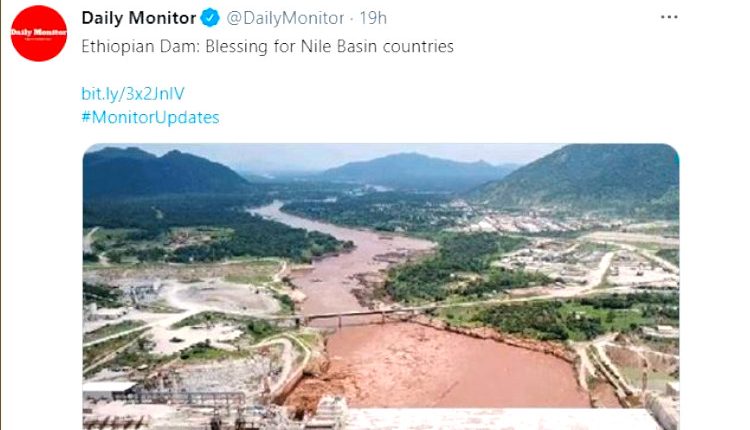 The reservoir has a storage capacity of 74 billion cubic metres (BCM). The primary objective of GERD is to generate electric power of 5150MW, with an annual average energy production of 15130GWH/year. This will increase power supply in the country as well as for export in the East Africa region. Its power generation capacity made GERD the biggest hydro-dam in Africa.

GERD has become a serious topic of discussion between Ethiopia, Egypt, and Sudan over the filling of the dam and future water development in the Nile River.

Dozens of international countries including the United States, European Union, and African Union have tried to play the role of a “mediator” in such negotiations.

The world has witnessed many meetings, negotiations, and international bodies’ involvement. In most of the meetings, Egypt and recently Sudan are raising concern in the filling and operation of the dam.

The countries have agreed on most of the issues but few critical points still remain. In most of the articles, the disagreements points are sensationalised and circulated in the media.

In all the discussion, the benefits of GERD for Ethiopia, Sudan and Egypt, and other Nile basin countries have not gotten sufficient attention and coverage. In this article, I am highlighting the benefits of GERD for all Nile Basin countries and specifically for Egypt and Sudan.
Firstly, GERD will be an electricity hub for Nile Basin countries. As per World Bank 2018 data, currently, Africa generates 4 per cent of global electricity from which three–quarters of that is used by South Africa, Egypt, and other countries along the North Africa littoral.

The power demand of the Nile basin countries has been growing at an average rate of 25 per cent per year during the last five years and the demand forecast for the next five years is estimated to be 32 per cent per annum.

To alleviate this challenge, GERD will play a vital role in providing electric access for Nile Basin countries. GERD will generate electric power with an installed capacity of 5,250MW, with an annual energy production of 15,130 GWH/year, and balance the demand/ supply difference that Ethiopia has been facing as a result of its expanding development.

The power will also be exported to other Nile Basin countries to improve the coverage of the electricity. The GERD will be the hub for clean and renewable energy supply for Ethiopia and other African countries at cheaper prices. In effect, it will be a catalyst for people-to-people relations as well as the trade between the regions.

The availability of electricity in Nile Basin countries will help to develop industries and create jobs for the younger population.
As International Organisation for Migration (IOM) reports, the East and Horn of Africa were the regions with the largest increase in the number of refugees to Europe and Middle East countries.

This is aggravated by climate change and environmental degradation, armed conflict, and political, economic, and food crises. The GERD project will have a major impact on the mitigation of drought and flood management.

It is very obvious that the GERD will allow for regulated and sustainable minimum flow of Nile Basin levels in the dry season.  Once the GERD is working with full capacity, the water flow in the Blue Nile will be between 3600 – 3800m3/s throughout the year.

Regarding energy and power production, GERD will allow underperforming downstream hydropower schemes to perform more effectively as there will be more reliable sediment-free and regular availability of water throughout the year.

It is estimated between 157.2 and 207.2 Million Tonnes of sediment are transported annually from the Ethiopian highlands along the Sobat, Tekeze, and the Blue Nile, which are the main sub-basins of the Nile.

These sediments entail huge costs to Sudan and Egypt –due to reduction in efficiency of hydropower, infrastructure maintenance costs, dredging costs of clogged irrigation channels, etc. That has continued power failures due to the silt accumulation of the turbines at Er Rosaires Dam as announced by the government in official statements.

The sedimentation in the Blue Nile will be reduced by up to 86 per cent when the GERD is working with its full capacity. Reduction of costs for dredging of canals could save about $50 million /year only for Sudan, not to speak of saving in turbine maintenance and replacement costs, ease of gate operation, etc.  Sediment management may cost Ethiopia by taking a range of mechanisms to minimise the impact on the dam.

The major techniques could be upstream land management such as planting trees, and avoiding deforestation. These need community mobilisation and awareness. Since Ethiopia reduces the sedimentation, Sudan and Egypt needs to support the mitigation methodology for avoiding sedimentation flooding in Ethiopian highlands.

Water conservation is the other benefit that will be yearning from GERD. The GERD will minimise the evaporation loss from dams located in less favourable downstream desert settings.

It is estimated that 14.3 billion cubic metres (BCM) and 4.7 BCM of water evaporator from the Aswan High Dam and other dams in Sudan annually respectively.

By contrast evaporation loss from the full development of the GERD is likely to be no more than 0.4 BCM. In fact, the development of GERD will encourage the decommissioning of wasteful dams such as Jebel Aulia and reduce the operating level of the Aswan High Dam, and other dams in Sudan.

The best way for ‘Egypt and Sudan is to ‘store’ Nile water in Ethiopian highlands by building  more reservoirs, where evaporation rates would be far lower than they are in Lake Nasser behind the Aswan High Dam, in the middle of the desert, which loses two meters every year .
Even the water evaporates in Ethiopian highlands; it forms the cloud and feeds the Nile back in the normal water cycle. But the 14.3 billion cubic meters of water that evaporates at the Aswan dam disappears in the Sahara desert.

In summary, GERD will improve the electric availability for Nile Basin countries. It massively plays vital role in expanding industries in the region and reduce poverty. It will also compact climate change and loss of Nile water in Sahara desert.   The benefits of GERD is not limited to power supply, it can benefit the downstream countries mainly Sudan and Egypt by removing up the silt and sedimentation. It will regulate the steady water flow throughout the year and it will also avoid unexpected flooding to Sudan.

Weighing the multi-fold benefits of GERD and considering the future water scarcity challenge, the Nile Basin countries need urgently reaching an agreement to reasonably and equitably share benefits on the Nile Basin. The Nile Basin cooperation would create a stabilising and more transparent atmosphere in the countries that depend on the Nile basin. It would widen the regional corporation, build political stability, and spread confidence in the most important, North and East Africa countries.