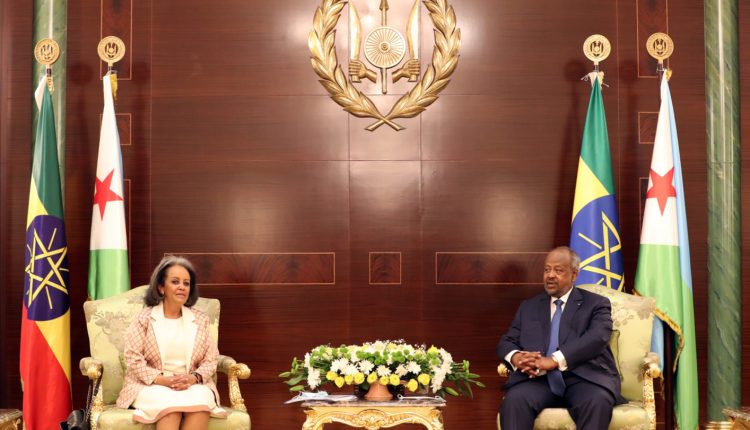 Djibouti congratulates Ethiopia for successful completion of operation in Tigray

While briefing the Djiboutian President about the operation, she said the people of Tigray demonstrated their love for peace standing by the side of the national defence forces.

President Ismail Omar Guelleh for his part congratulated the government and people of Ethiopia for the successful accomplishment of the operation in Tigray.

He also expressed his support for a peaceful and united Ethiopia. The two leaders also exchanged views on bilateral and regional issues of mutual interest.

President Sahle-Work arrived in Djibouti this morning for a two-day official working visit.

Upon arrival at the Ambouli International Airport, she was received by Djibouti Prime Minister Abdoulkader Kamil Mohammed and Foreign Minister Mahmoud Ali Youssouf.

Present at the airport to welcome the President were also Ethiopian Ambassador to Djibouti, Berhanu Tsegaye, IGAD’s Secretary General Workneh Gebeyehu and other diplomats.

President Sahle-Work will make an appearance at the Djiboutian Parliament.