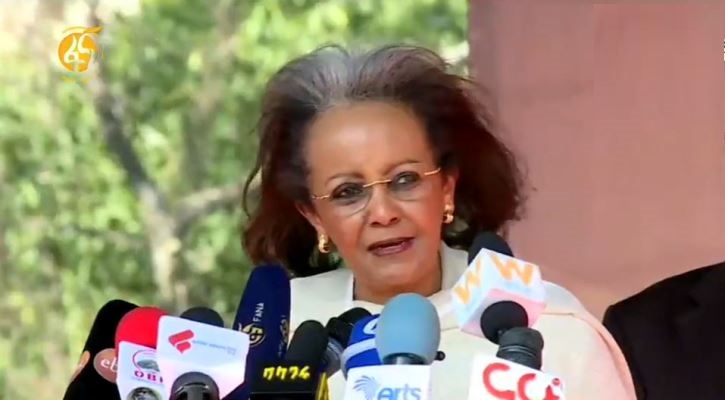 Addis Ababa, March 2, 2021 (FBC) –Ethiopians across the country are celebrating the 125th anniversary of Adwa, the victory of Ethiopia over the Italian forces.

Here in Addis Ababa, it was celebrated both at the Menelik II and Meskel squares. Gun salutes are held early in the morning in connection with the celebration.

Speaking at the event, President Sahle-Work said the victory of Adwa was an inspiration for all black people who had been under slavery.

“The victory of Adwa goes beyond defeating slavery,” she said.

The victory is an emblem of the joint struggle of a proud people for the sovereignty of Ethiopia, she said, adding, “We must continue supporting each other.”

Deputy Mayor of Addis Ababa city, Adanech Abiebie, for her part called on the current generation to build the country by drawing lesson from the strength and unity demonstrated by Ethiopians during the battle of Adwa.

“We should make our history by defeating poverty,” she said.

Lij Daniel Jote Mesfin, President of Ethiopian Patriots Association, said the current generation should focus on building the country and finalizing the construction of the Grand Ethiopian Renaissance Dam (GERD).

The celebration held at the Meskel Square was graced by the Presence of Shimeles Abdisa, Chief Administrator of Oromia regional state, and Abba Gadas, among other.

Ethiopian embassies across the world also celebrated the victory day during the past days.