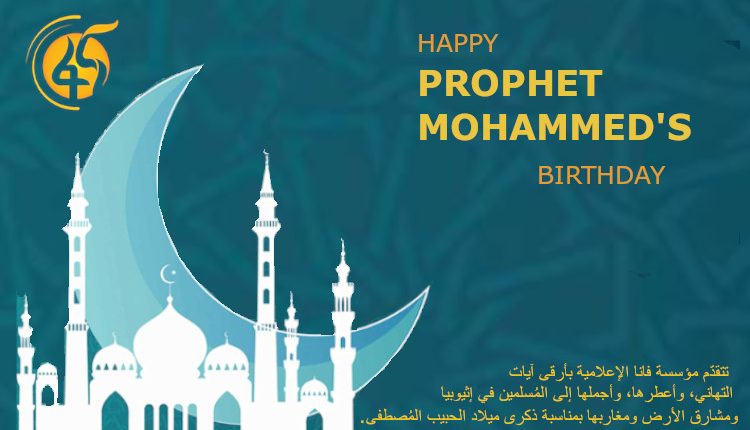 Religious leaders and a number of Muslim faithful have congregated at the Grand Mosque in Addis Ababa and attended the Maulid prayers.

The Grand Mufti Haji Oumer Idris,President of Ethiopian Islamic Supreme Council has presided over the religious event at the Mosque and extended his Maulid an-Nabi Greetings to all Muslims.

Deputy Mayor of Addis Ababa, Adanech Abiebie and other high ranking officials have also attended the religious event held at the Grand Mosque.

In his Maulid an-Nabi message, the Grand Mufti Haji Oumer Idris said that “We Muslims celebrate the Birthday of Prophet Mohammed joyfully as as it is conventional to all human beings to cheer up at their pleasurable events.”

“Prophet Mohammed met many during his existence in this world and brought an end to long-standing wars which were being held among various parties.” the Grand Mufti underlined.