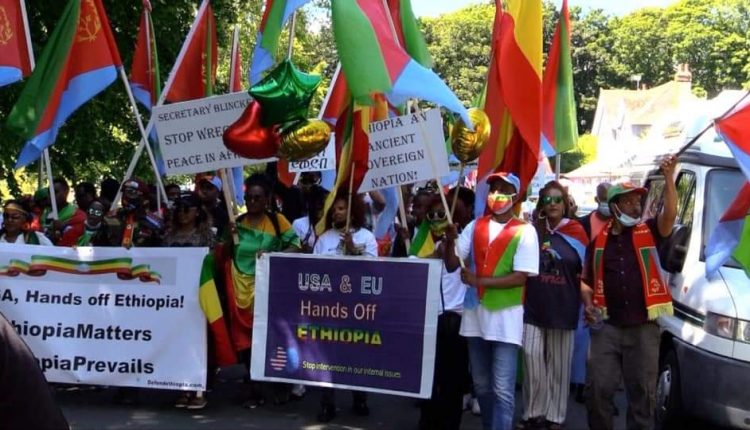 Addis Ababa, June 13, 2021 (FBC) – The “Defend Ethiopia” task force in collaboration with Ethiopians and Eritreans have organized a rally in Cornwell, England a town where G7 countries summit to protest undue foreign pressures on Ethiopia.

External interferences targeting Ethiopia are compromising the country’s sovereignty, the protesters said at the rally.

Coordinator of the “Defend Ethiopia” task force, Zelalem Tadesse said attempts by some countries to impose unjustified pressures on Ethiopia jeopardizes social and political climate in East Africa and disgraces the reputation of the western world before the eyes of the people of the horn.

Protesters on the rally carried placards saying “Ethiopia is an ally not an enemy”, “Secretary Blinken Stop Wrecking Peace in East Africa”, “U.S and EU hands off Ethiopia”