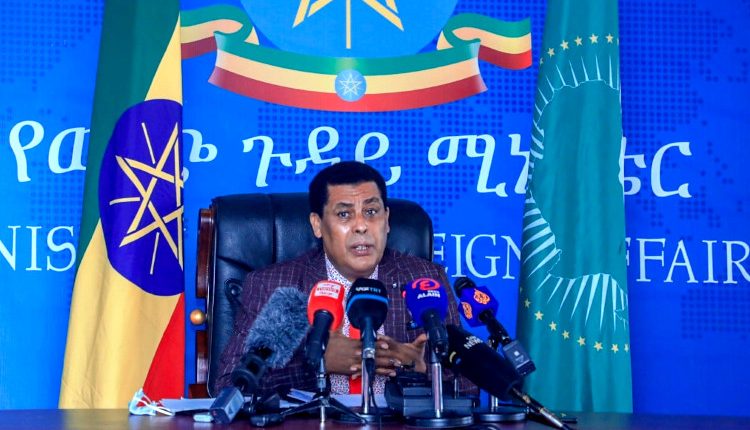 On the briefing session, Ambassador Dina explained about all rounded preparations for the upcoming elections, and highlighted readiness of various local and international organizations to observe the polls.

He said that observation by the international actors is to be carried out as per preconditions Ethiopia has put in place so far.

Regarding GERD, the spokesperson said the construction of the dam is well undergoing based on Ethiopia’s stand to utilize its natural resource in equitable and reasonable manner.

Ethiopia is still consistent and firm in its position that demands the trilateral negation continues under AU’s umbrella.

Second and third rounding filling of the dam will be undertaken as per scheduled Ethiopia has put in place, he said.

“Although Ethiopia insists on African Solution to African Problems, Sudan and Egypt are working to internationalize the issue”, Ambassador Dina indicated.

Concerning the border dispute, the spokesperson said Sudan encroached the territory exploiting the situation when the government started law enforcement operation in Tigray following TPLF’s assault on the national army.

The way Sudan is handling the circumstance related to GERD and the border-dispute clearly indicates that its approach is being driven by third party’s interest, he said, reaffirming Ethiopia’s commitment to resolve the issue through peaceful manner.