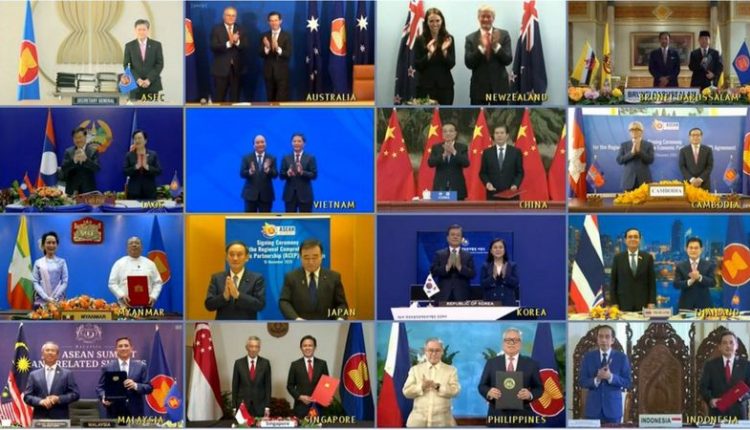 The Regional Comprehensive Economic Partnership (RCEP) is made up of 10 Southeast Asian countries, as well as South Korea, China, Japan, Australia and New Zealand.

The pact is seen as an extension of China’s influence in the region. The deal excludes the US, which withdrew from a rival Asia-Pacific trade pact in 2017.

Negotiations over the RCEP lasted for eight years. The deal was finally signed on Sunday on the sidelines of a virtual summit of the Association of Southeast Asian Nations, hosted by Vietnam.

Leaders hope that the agreement will help to spur recovery from the coronavirus pandemic.

Members of the RCEP make up nearly a third of the world’s population and account for 29% of global gross domestic product, according to BBC.