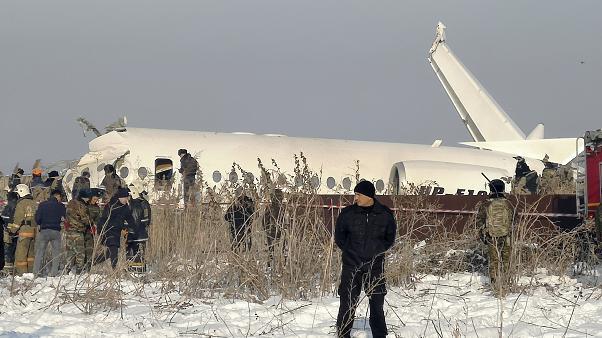 The aircraft from Bek Air – a Kazakh airline – went down and crashed into a building shortly after take-off from Almaty airport early on Friday morning.

Survivors described walking from the wreckage into the dark and snow.

At least 60 injured people, including children, were taken to hospitals.

The Fokker 100 aircraft was en route from Almaty, Kazakhstan’s largest city, to the capital Nur-Sultan.

The cause of the crash is not known.

A Reuters reporter close to the scene said there was heavy fog at the time.
Source: BBC

Saudi Arabia to allow only ‘immunised’ pilgrims to Mecca