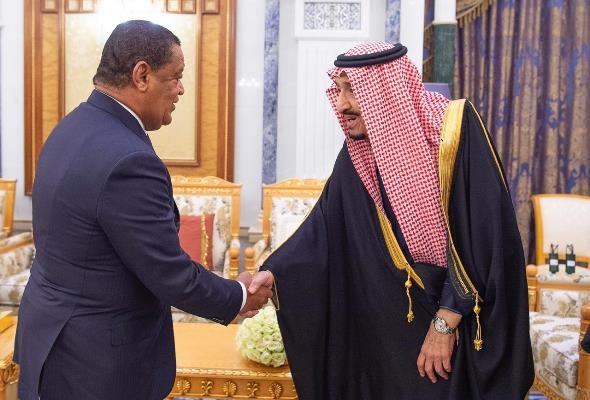 The messages were delivered to the King during his reception of former Ethiopian President Mulatu Teshome today, December 31, 2019.

The former President conveyed to the King the greetings of the President and the Prime Minister of Ethiopia, while the King sent his greetings to them, according to Saudi Press Agency (SPA).

During the meeting, they reviewed relations between Ethiopia and the Kingdom of Saudi Arabia, as well as ways to develop them.

The two sides reviewed the bilateral relations that bind the two countries, according to Saudi Press Agency.

Moreover, they exchanged views on topics of common concern.