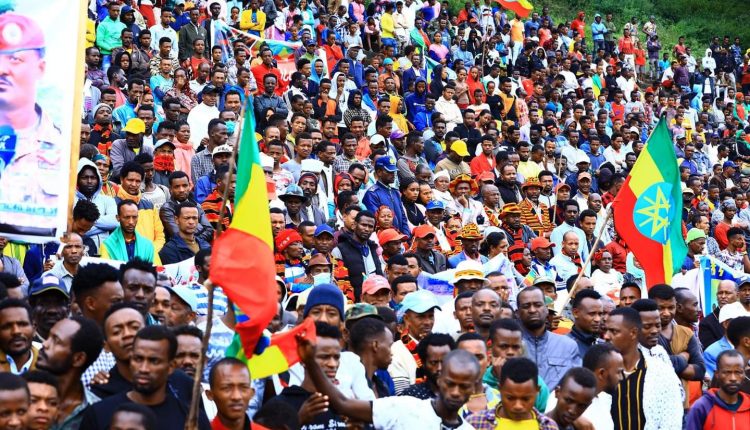 Addis Ababa, July 24, 2021 (FBC) – Residents of Gamo Zone in Southern Nations Nationalities and Peoples Region have rallied in support of the Ethiopian National Defense Force which is now paying sacrifices to safeguard sovereignty of the nation.

The demonstrators denounced the terrorist TPLF and called on the international community to denounce the atrocities the faction is committing against civilians.

Protestors strongly opposed recruitment and use of child soldiers in war by the TPLF vowing to defend the nation from belligerence and terror acts of the terrorist organization forces.

They also celebrated the second filling of the Grand Ethiopian Renaissace Dam.