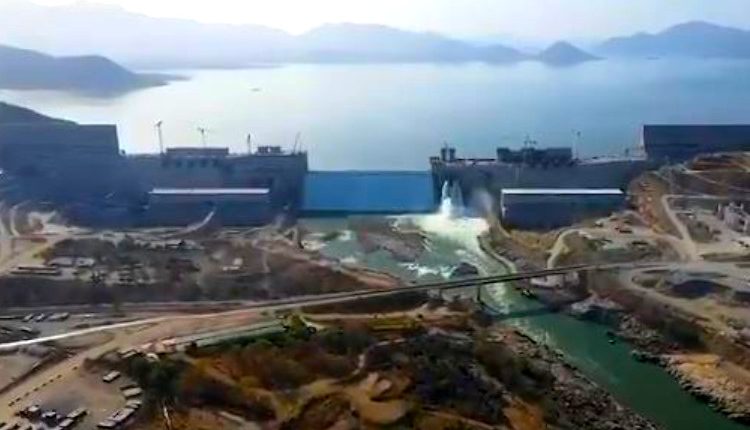 Addis Ababa, May 2, 2021 (FBC) -The second filling of the Grand Ethiopian Renaissance Dam (GERD) would be a historic moment to irreversibly end the age-long unjust utilization of the Nile waters by downstream countries, notably Egypt, a diplomacy professor said.

Speaking to local media, Civil Service University Diplomacy Professor Endale Nigussie stated that a successful filling of 18 billion cubic meter water in the GERD reservoir in the coming rainy season would change the course of the dam’s talks and enforces Egypt to lose its longstanding hegemony.

The second filling of the GERD reservoir would also shift the responsibility of protecting the project to Egypt for the sake of its own safety.

The scholar further highlighted that the second filling, in addition to enabling Ethiopia to utilize River Nile fairly and equitably, would allow the country to undertake early electric power generation trials through the two turbines that have been fitted with the mega dam.

“Both Egypt and Sudan have failed to adhere their commitment to the 2015’s Declaration of Principles Agreement and they have teamed up to hinder the progress of the AU-led talks with a view to blocking GERD second filling and averting domestic pressure.”

In line with the agreement the three countries reached in 2015 to conduct the negotiations without interrupting the construction of the dam, Egypt and Sudan’s new demand to a binding agreement for the second filling is a bizarre and totally unacceptable, Endale added.

As to him, the latest Kinshasa’s talk should not be regarded as a failure as it was the platform for Ethiopia effectively demonstrated its commitment to seek African solutions to African problems and its respect to African institutions. The country also showcased its trust in the capability of the continental body to handle complex matters.

Meanwhile, it was evident that both Egypt and Sudan had been attempted to block another AU-led GERD talks in the Kinshasa’s summit having realized that the second filling of the dam would not have a significant impact in their water share from Nile.

Sudan’s Premier Abdalla Hamdok’s recent call to leaders of the three countries to closed-door meeting over the filling and operation of the GERD is also unhealthy for bypassing AU’s role in the negotiation and it is merely benefiting downstream countries, the academician remarked.