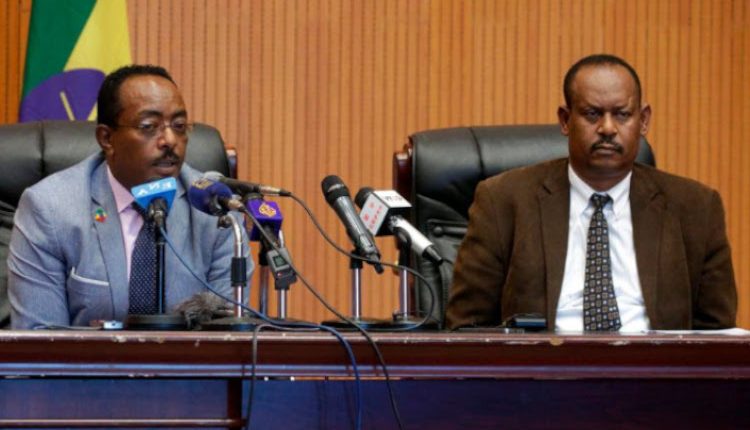 Addis Ababa, December 8, 2020 (FBC) – State of Emergency Spokesperson, Ambassador Redwan Hussien, and Disaster Risk Management Commissioner Mitiku Kasa gave a briefing today to both local and international media about the current situation in Tigray, particularly on the humanitarian assistance activities in the region.

Ambassador Redwan reiterated that the government has given priority to restoring infrastructure and rehabilitation of the affected people.

The hideouts of the TPLF criminals have already been identified and apprehending them would be materialized soon, the ambassador added.

He also talked about complaints of some aid agencies and the media for not getting easy access to the region and the presence of some bottlenecks in related issues.

Ambassador Redwan said all people, including humanitarian agencies need to align their operations with the directions given by the federal government about operation rules in the region, not only out of respect to the sovereignty of the country but for their own safety too.

Commissioner Mitiku Kasa, on his part, talked about the ongoing humanitarian assistance in the region with a particular emphasis on coordination mechanisms between government organizations and non-governmental aid agencies.

He said the government is running the humanitarian assistance project through forming about 10 cluster arrangements that coordinate government agencies and the non-government ones based on the type of assistance that the people in Tigray need.

According to Mitiku, the arrangements include, among others, clusters on agriculture and livestock, water and sanitation, health, nutrition, food and non-food items, logistics, women and children.

The humanitarian assistance begins with the already vulnerable people who were aid recipients even before the commencement of the law enforcement operation in Tigray, he said.

However, he said, people who need humanitarian support and other locations in Tigray would further be identified with the cooperation of the interim government in Tigray.

According to Foreign Affairs Ministry, the commissioner further underscored that Aid agencies should cooperate with the government-led humanitarian support program for scores of reasons, including the rich experience of the country in handling such issues during drought, conflict, flood, and other disasters,