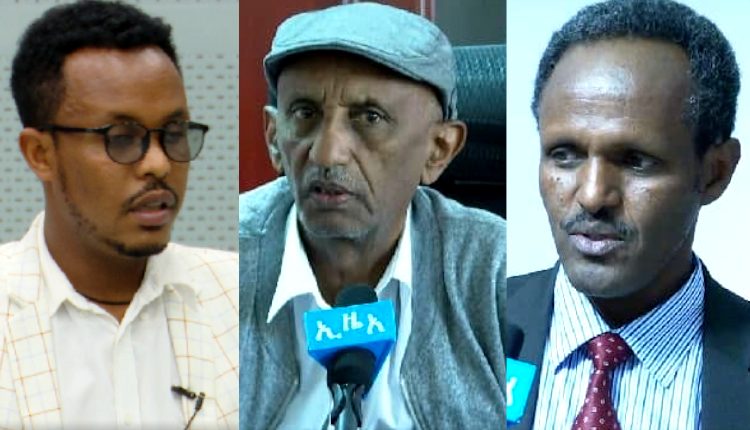 History will remember the decision made by PM Abiy to save Ethiopia: Political party leaders

Addis Ababa, November 24, 2021 (FBC) – Leaders of contending political parties affirmed that the decision that has been made by Prime Minister Abiy Ahmed to defend sovereignty of Ethiopia will be remembered by history.

The leaders also vowed to join the battlefield and pay sacrifices to fend off any threats against the wellbeing of Ethiopia.

According to the leaders, the resolution passed by the Commander-in-Chief of the national army and the Prime Minister of Ethiopia, Abiy Ahmed is timely and historic.

Chairperson of Tigray Democratic Party (TDP), Aregawi Berhe (PhD) said that his party is ready and committed to support the survival campaign thereby preserve wellbeing of Ethiopia at all costs.

Public Relations Head of the Ethiopian People’s Revolutionary Party (EPRP), Megabe Biluy Abrham affirmed determination of his party to joint the survival campaign in order to save Ethiopia.

Deputy Chairperson of Enat Party, Seifeselasse Ayalew (PhD), for his part, said that his party fully supports the survival campaign to defend the threats Ethiopia is facing right now. “’The decision made by Prime Minister Abiy is a game changer that is well positioned to keep the spirit of the battle of Adwa alive”, he added.