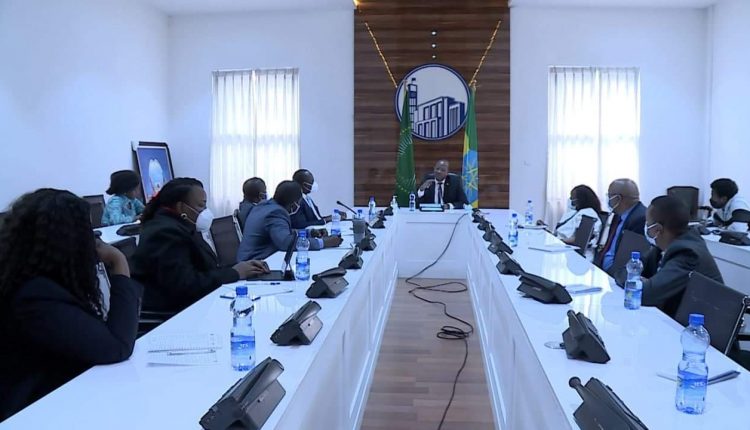 The Speaker today held discussion with African Union (AU)  election observers about the preparations underway for the election scheduled to take place early next month.

On the occasion, Tagese briefed them about the measures taken so far, including the amendment of the electoral law with the involvement of political parties, to make the June poll free, fairs and credible.

Election materials were also distributed to polling station  so as to carry out the election as planned and voters registration, which was extended in some parts of the country due to security concern, has been completed, he said.

According to the Speaker, the observers have received enough information to ensure that the election is free, fair and credible.

At the end, Tagesse said the government of Ethiopia has attached due attention to increase the participation of women in the election.