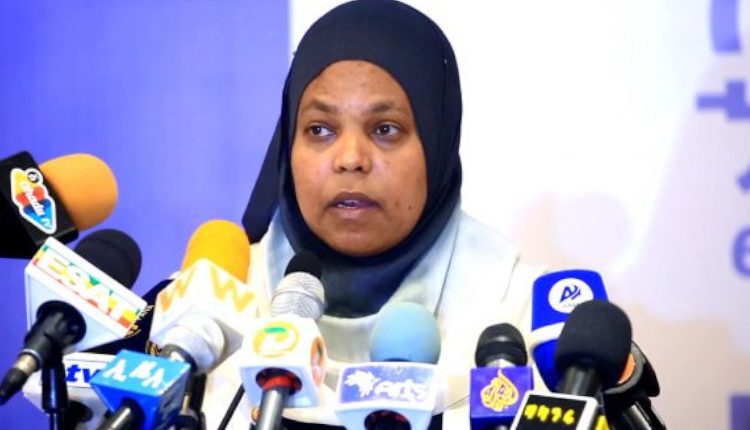 Humanitarian aid intensified in various parts, including in Tigray: Ministry

Addis Ababa, February 3, 2021 (FBC) -The Government of Ethiopia and NGOs have intensified their efforts to provide humanitarian aid to people in need of help in various parts of the country, including in Tigray, said the Ministry of Peace.

Muferihat Kamil, Minister of Peace, told journalists today that more efforts are underway to deliver relief aid to 2.5 million people who are affected by the recent law enforcement operation in Tigray regional state.

More than 305,000 quintals of grain has so far been distributed to 1.6 million people, Muferihat indicated.

Efforts are also underway to deliver 22,000 metric tons of grain jointly with NGOs and 69,000 metric tons by the Government to beneficiaries of the Productive Safety Net Program (PSNP), she added.

Efforts of resuming public services in the regional state have been intensified, she said, adding residents are being supplied with drinking water using water trucks until water pipelines are repaired.

Medicines worth with 71 million birr were also distributed in the regional state, the Minister told journalists.

She further indicated that activities are underway to reopen schools in the region as the measures taken to strengthen the security forces have born results.

Of the total 183 kebeles in the zone, most of them have been cleared of militants, except 32 of them, she said, adding works are underway to clear the remaining areas.

Some 9,000 militia will be trained and deployed to maintain peace in the area, the Minister indicated.