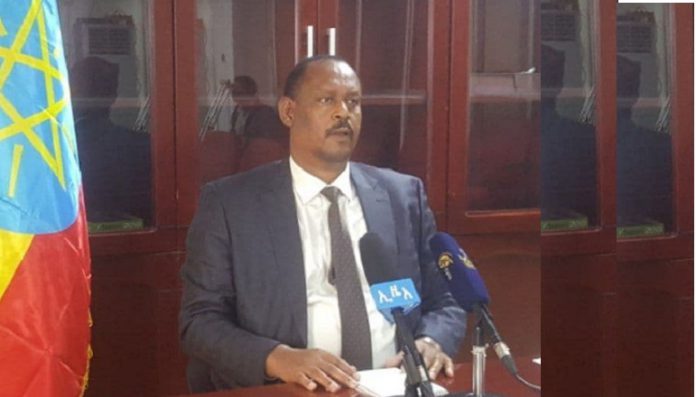 Addis Ababa, August 3, 2021 (FBC) -The international community has been urged to pressurize the terrorist group TPLF in order to stop its effort to blockade humanitarian assistance from entering the region.

National Disaster and Risk Management Commissioner (NDRMC) Mitku Kassa told ENA that the wicked effort of the junta to stop humanitarian assistance from reaching the needy people of Tigray should be exposed by the media and the international community has to pressurize the group to allow the aid to pass through.

According to him, the terrorist group has launched war on Afar region thus blocking the humanitarian corridor that passes through Afar to Tigray by rejecting the unilateral ceasefire declared by the Ethiopian government.

The media have to be expose such inhuman act and the international community must condemn and force the clique to stop attacking humanitarian corridors, the commissioner noted.

The TPLF clique has clearly demonstrated to the world its cruelty to the people of Tigray and that it is a group which does not care about the death and mishap of the people, Mitku stated.

He recalled that the aim of the government in declaring unilateral ceasefire was to allow humanitarian assistance to inhabitants of the region and enable farmers to till their land.

As a result of the attack launched by the terrorist group, 170 trucks carrying aid are forced to stop for a long time in Afar region, he revealed.

This being the fact on the ground, the suggestion for the need to open another corridor via Sudan is unacceptable, the commissioner pointed out.

Commissioner Mitku stressed that the pressure being exerted by some Western countries and their institutions for the need to open corridor via Sudan is not acceptable.