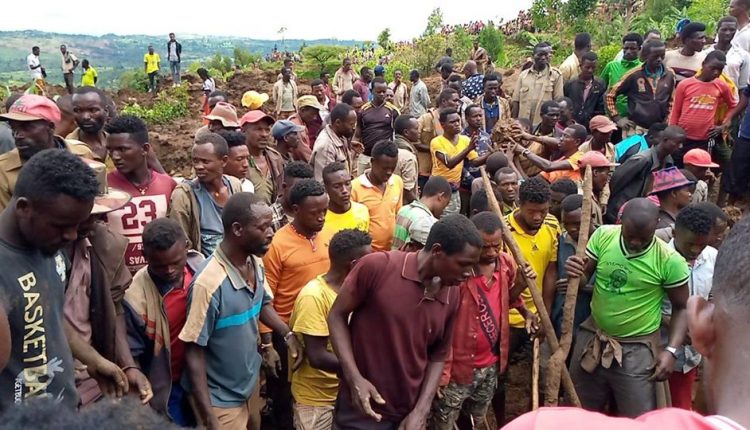 The bodies of five people who were killed by the heavy landslide are still missing, it was indicated.The landslide engulfed six homes and displaced families in the areas, officials said.

Efforts are underway to find out the bodies of the deceased trapped dead in the debris of crushed landscape.

The sloppiness of the topography in the areas makes search works difficult though effort is being intensified locate the dead, Alu special Worda administrator said.

The regional government is working to shelter and relocate the displaced and equip them with basic logistics, Chief Administrator of SNNPR,  Ristu Yirdaw stated.