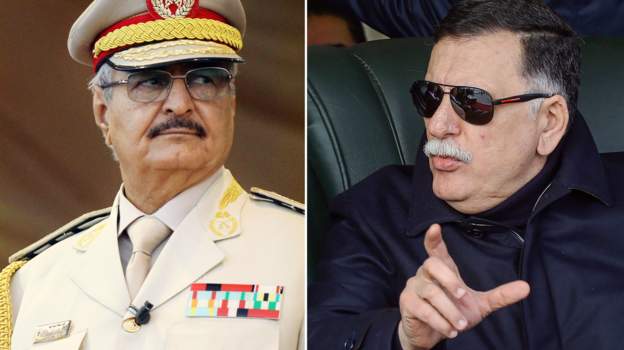 Addis Ababa, January 13, 2020 (FBC) – Libya’s warring rivals are expected to sign a deal on the terms of an internationally brokered ceasefire on Monday in the Russian capital Moscow, the AFP news agency reports.

The ceasefire officially started on Sunday after pressure from Russia and Turkey, but broke within hours of it taking effect.

AFP reports that the head of Libya’s UN-recognised Government of National Accord (GNA) Fayez al-Serraj and his rival Gen Khalifa Haftar are expected to sign the agreement on Monday.

It is unclear if the two men will meet directly, it adds.

Mr Serraj has the backing of Turkey, Qatar and most Western powers, while Gen Haftar’s key allies are Egypt, Saudi Arabia, the United Arab Emirates, Jordan and Russia.