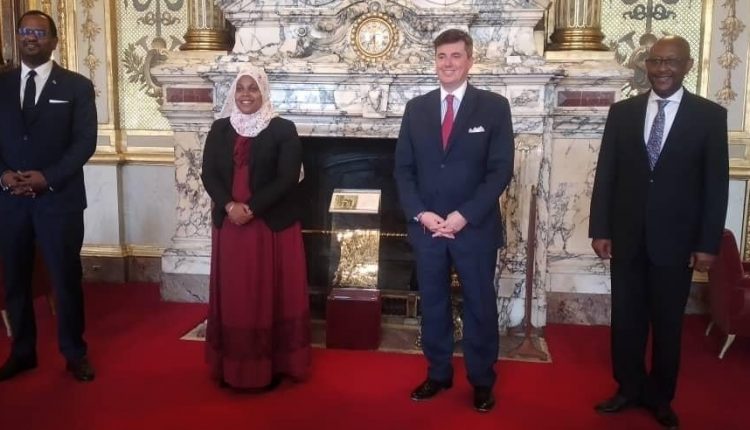 Addis Ababa, June 12, 2021 (FBC) -A delegation led by Muferihat Kamil, Minister of Peace of Ethiopia has handed over Prime Minister  Abiy Ahmed’s message to the President of the French, Emmanuel Macron.

President Macron’s special advisor on African Affairs, Frank Paris has received the Prime Minister’s message on behalf of the President.

In the discussion between the two sides, Muferiat gave a briefing on the multifaceted reforms that Ethiopia has been undertaking since the ascent of Prime Minister Abiy Ahmed to power and the results achieved thus far.

She also spoke in detail about the situation in the Tigray region, with a special focus on the efforts of the federal government in rebuilding the region, apprehending criminals, and supporting the ongoing independent investigations on alleged atrocities in a bid to return the region to normalcy.

Muferihat has also appeared before the French Senate and explained the foundations that the current Ethiopian administration has been laying so far to build a peaceful and developed nation.

Her appearance in the French Senate and the discussion that followed her briefing on critical issues in Ethiopia were valuable inputs in clarifying foggy issues and strengthening the fraternal relations between the two countries.

Muferiat was accompanied by Ambassador Girma Temesgen, Advisor to the Prime Minister on Foreign Affairs, and Henok Teferra, Ethiopia’s Ambassador to France.