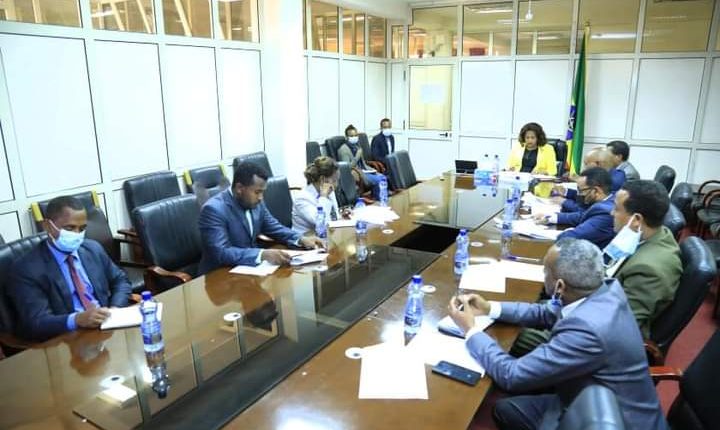 Addis Ababa, February 28, 2022 (FBC) – The National Committee established to work on the cases of Ethiopian migrants in Saudi Arabia had a meeting on Monday with stakeholders to exchange the latest plans in handling the issue.

Presiding over the meeting, Ambassador Birtukan Ayano reiterated that preparation is underway not only to repatriate Ethiopian citizens but also to rehabilitate them.

She said the repatriation efforts would include more than 102 thousand Ethiopians that are in various Saudi Arabian prisons and detention centers.

Considering the gravity of the issue, Ambassador Birtukan called on all stakeholders to contribute their level best to alleviate the problems that Ethiopians are facing in Saudi Arabia.

The deliberations and plans of the committee that comprises 16 stakeholders from various government institutions will be discussed next Friday in the Presence of the Deputy Prime Minister and Foreign Minister of Ethiopia, Demeke Mekonnen.