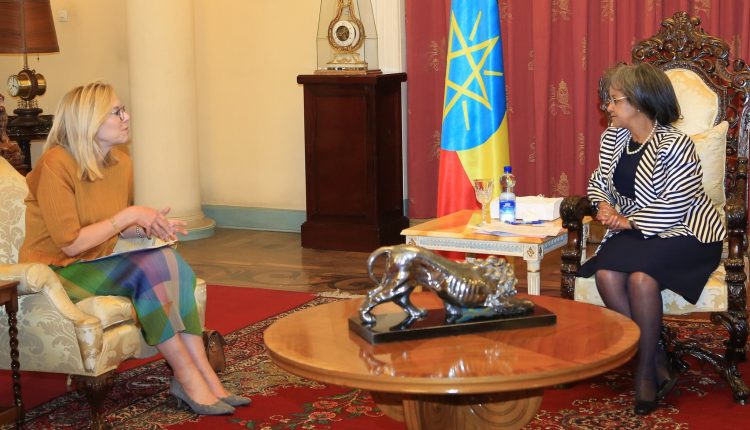 The Minister expressed her country’s interest in partnering with Ethiopia in the areas of agriculture and water management.

She further highlighted that the Netherlands has been at the forefront of technological advances in these sectors and that those mechanisms could be shared with Ethiopia.

The President for her part expressed that the Ethiopian government views agriculture as a vital sector and is interested in cooperation that will lead to increased productivity and yield.

The Dutch government returned today an important religious crown, the property of the Ethiopian Orthodox Church, to Ethiopia.

Prime Minister Dr Abiy Ahmed and Ms. Kaag were present at the festive handing over ceremony which took place at the Prime Minister’s office.

The 18th-century crown, which disappeared from the Holy Trinity Church in the village of Cheleqot 21 years ago, turned out to have been in the Dutch port of Rotterdam for many years, in the custody of Sirak Asfaw, a Dutch national of Ethiopian origin.