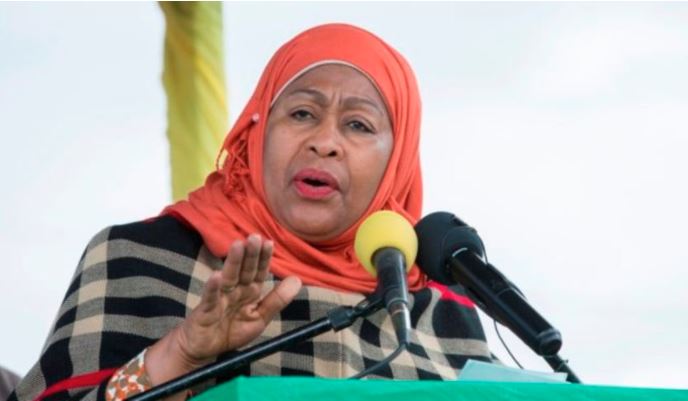 Addis Ababa, April 1, 2021 (FBC) -Tanzania’s President Samia Suluhu Hassan has reshuffled her cabinet more than a week after she was sworn in following the death of President John Magufuli.

The cabinet includes some new faces.

Among them are career diplomat Liberata Mulamula who now takes over as foreign affairs minister, replacing long-serving minister, Prof Palamagamba Kabudi, who returns to his previous justice and constitutional affairs portfolio.

Mulamula was Tanzania’s former ambassador to the United States. She is the second woman to serve in that position after Dr Asha-Rose Migiro who served between 2006 and 2007.

Mwigulu Nchemba, who was the minister for Justice and Constitutional Affairs, now becomes the minister of finance, filling the position that was left vacant following the appointment of Dr Philip Mpango as vice-president.

President Samia said a major reshuffle was not necessary since most of the current ministers were recently sworn in.

Other changes included the appointment of a new chief secretary, Hussein Yahya Katanga, who is Tanzania’s ambassador to Japan.

Katanga replaces Bashiru Ally who was appointed by late President Magufuli a month ago.

President Samia announced the cabinet changes during the swearing-in ceremony of the new vice-president, according to BBC.

US announces $95m to support response to S Sudan…