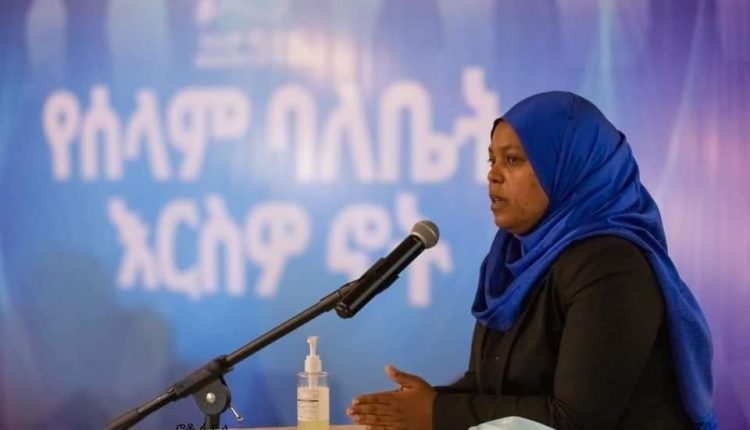 Over to 4.5mln civilians affected by TPLF atrocities, 500,000 flee homes in two months

During the briefing, Chairperson of the National Emergency Response Coordinating Committee and Minister of Peace, Muferihat Kamil said over 4.5 civilians have been affected by belligerence and atrocities being committed by the TPLF terrorist Group over the past two months alone.

She stated that more than 500,000 people in Amhara and Afar Regional States have fled their homes due to the attacks committed by the criminal enterprise against civilians.

Humanitarian support to the IDPs in Amhara and Afar regions is mainly delivered by the government calling the partners to play their share in addressing the challenges.

TPLF brutally massacred more than 200 civilians in Afar region including children, women and elders, killed innocents in several parts of Amhara region and vandalized public and private properties including health care institutions and livestock in the two regions.

The unilateral ceasefire was intended to create a peaceful atmosphere for farmers of Tigray region and humanitarian operations in the region, she said. But, she added, the terrorist organization waged war against civilians and blocked the humanitarian operation leaving millions people vulnerable to the crisis.

There are now over 1.2 Million displaced people sheltered in various camps in Amhara region, Muferihat noted.

Saying that there were four inlets facilitated by the government to help international organizations reach the Tigray region, she explained that only one way through the afar remained open after the criminal group reopened the war and blocked the remaining passages. But, she said, the group repeatedly attempted to block the passage through Afar.

Since the terrorist group opened fresh war against civilans and the nation at large, 321 trucks loaded with humanitarian aid have arrived in Tigray region while additional 112 trucks are in transit, she elaborated.

The government has accessed 47 Woredas of Tigray Region out of the total 60 with agricultural supplies including fertilizer, seed and other technologies after the declaration of the humanitarian ceasefire.

She elaborated that there are several TPLF induced challenges in the humanitarian operation calling the international organizations and partners to understand the facts on the ground and support the government in addressing the challenges.

Several organizations in the briefing session appreciated efforts of the governments of Ethiopia for addressing challenges prioritizing peace and security of the community pledging continued support to the ongoing endeavors in the sector.