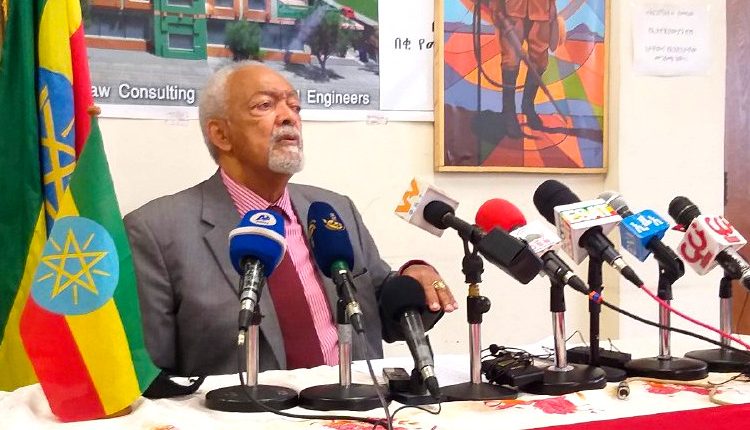 Patriots Association calls upon Ethiopians to stand united against enemies

Addis Ababa, May 3, 2021 (FBC) – President of Ethiopian Patriots Association, Lij Daniel Jote Mesfin called up on citizens to stand united so as to triumph over foreign enemies of the nation.

Ethiopia has encountered a circumstance that is similar to the invasion perpetrated against it before 80 years.

The Ethiopian Patriots Association organized a press briefing regarding the 80th anniversary of the Patriots Victory Day on May 5 which marks the end of the Italian Fascist occupation in 1941.

Lij Daniel Jote Mesfin told journalists that the Victory Day will be celebrated with various events in the vicinity of Victory Monument at Arat Kilo in attendance of high level officials including President Sahle-Work Zewdie.

Ethiopia’s historical enemies are trying to exploit internal circumstances in the country for their evil agenda, and create mistrust between the government and the people, the Association President said, expressing conviction that the nation always preserves its sovereignty with gallantry of its people.

Ethiopia continues to be source of pride for its citizens, the whole black people at large and those who were under colony, the President stressed calling citizens to stand united against enemies of the nation.

The Completion of the Grand Ethiopian Renaissance Dam is a historic phenomenon that best preserves Ethiopia’s national pride and sovereignty, he underlined.

He further called upon citizens to play their share in making the upcoming general elections free, fair and peaceful.